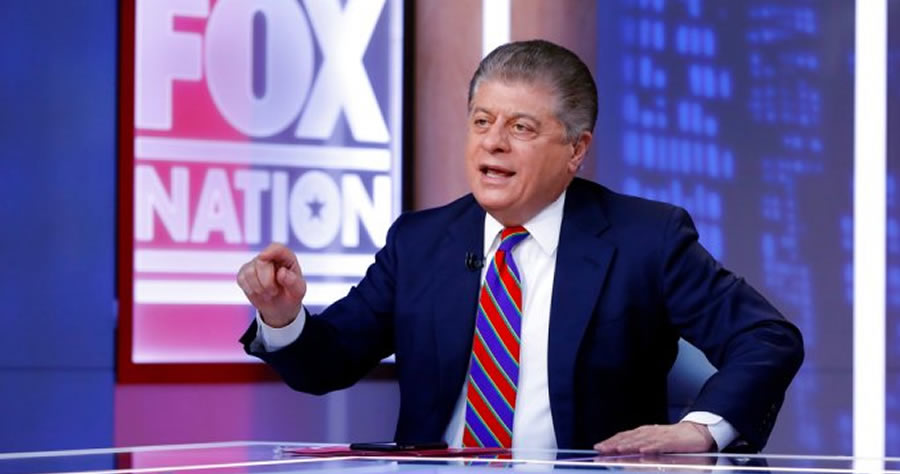 Fox News has parted ways with long-time legal analyst Judge Andrew Napolitano after a 27-year-old male production assistant shockingly accused him of sexual harassment that was graphically detailed in a lawsuit filed in New York on Monday.

The assistant’s name is John Fawcett and he works on the Larry Kudlow show for Fox Business Network. In the complaint, he alleges that Napolitano stood uncomfortably close to him in an elevator, stroked his arm, and made sexually suggestive innuendos toward him even though the two had never met before.

The charges were not only leveled at Napolitano but the media outlet itself. Fawcett claims in his lawsuit that Fox News executives were fully aware of Napolitano’s predilections and chose to do nothing about them. The suit was filed in the state Supreme Court in Manhattan and asserted “sexual harassment, sex discrimination, and racial discrimination are still tolerated at Fox.”

After an internal investigation, Fox News released a statement: “Upon first learning of John Fawcett’s allegations against Judge Andrew Napolitano, Fox News Media immediately investigated the claims and addressed the matter with both parties. The network and Judge Napolitano have since parted ways. We take all allegations of misconduct seriously, are committed to providing a safe, transparent, and collaborative workplace environment for all our employees and took immediate, appropriate action.”