Judge rules for Jan. 6 committee in bid to get election-related data from RNC

A federal judge has ruled in favor of the congressional committee investigating the Jan. 6 attack at the U.S. Capitol, by rejecting a lawsuit from the Republican Party that sought to block the panel from getting its hands on internal records related to the assault.

The RNC filed the lawsuit in February after the House’s Jan. 6 committee subpoenaed Salesforce, a software company that party leaders use to conduct political fundraising.

In its subpoena, the committee sought testimony and documents from Salesforce “regarding whether and how the Trump campaign used Salesforce’s platform to disseminate false statements about the 2020 election” before the Capitol assault on Jan. 6, 2021.

The House panel has been seeking the internal RNC records about its fundraising efforts that were based on claims that the 2020 presidential election was fraudulent. 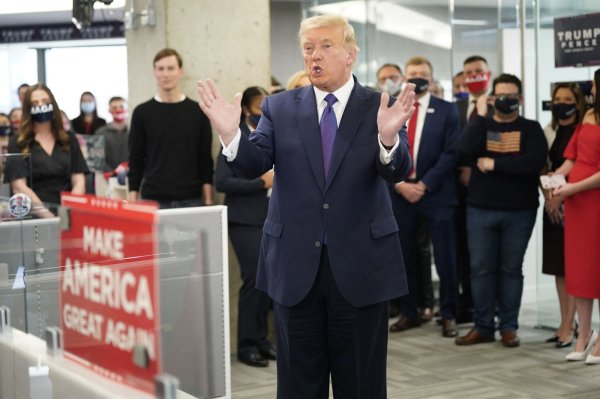 In the suit, the RNC argued that the “excessively broad and unduly burdensome” subpoena, which particularly sought data related to how well the RNC’s email campaigns performed between the day of the 2020 election and the Capitol attack, violated the First and Fourth Amendments.

Kelly, of the U.S. District Court in Washington, D.C., said the committee is immune from the lawsuit under the speech and debate clause of the U.S. Constitution. He also said that the ability and decision to subpoena Salesforce for the information is within the committee’s province.

The judge also noted that negotiations between Salesforce and the Jan. 6 committee had narrowed the scope of the documents requested, which Salesforce agreed to provide.

“The court credits those negotiations, which significantly reduced the subpoena’s potential overbreadth and made clear that the personally identifiable information of ‘millions’ of RNC supporters is no longer at risk of disclosure,” Kelly said.

However, he said that the court “recognizes the highly unusual nature of the select committee’s demand for what is mostly the RNC’s information and documents, even though they are in Salesforce’s possession.”

Kelly noted that the court was limited from examining the committee’s motives when evaluating whether the speech and debate clause applies. Nevertheless, he said that “less is at stake than the RNC represents.”

“The subpoena’s demand for this information does not seek the disclosure of confidential internal materials and does not add to the RNC’s burden.”

“The strength of the select committee’s interest in this information outweighs any actual burdens imposed by its disclosure to the Select Committee.”

The committee has been investigating the Capitol assault for a number of months and is expected to release a report this fall after more hearings in June. The inquiry has already uncovered several bombshell revelations about the attack and the events that preceded it.