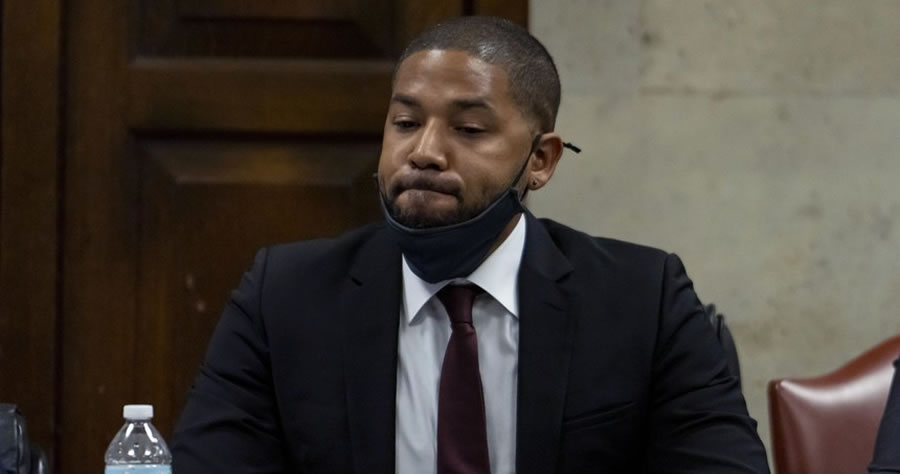 Convicted felon Jussie Smollett has been released from jail on bail, pending appeal. That decision was made by an Illinois appeals court that apparently bought Smollett’s argument that his life was in danger while incarcerated.
In this case, the “bail” isn’t an actual payment being made like normal bail would be. Rather, it’s just a threat to charge him $150,000 if he misses his court dates.

#BREAKING: Jussie Smollett has already been released from prison, pending the result of his appeal.

his comes after Smollett’s post-sentencing performance, where he yelled about not being suicidal and continued to proclaim his supposed innocence. Throughout this entire saga, the former “Empire” actor has never shown any remorse despite the overwhelming evidence against him. Perhaps that strategy paid off?

Here are the details, per The New York Post.

The ruling came two days after Smollett’s lawyers filed an emergency motion to postpone his five-month sentence on five counts of felony disorderly conduct for lying to police.

A judge found that because Smollett had been convicted of “non-violent” offenses, the court would allow him to be released from a Chicago jail on a $150,000 individual bond during the appeal, according to the court order.

Under the terms of the I-Bond, Smollett would not have to dig into his pockets to get out of jail, and would only owe money if he skipped his court dates.

The special prosecutor in the case opposed the move, arguing that Smollett’s lawyers had not provided sufficient evidence that any danger existed. Smollett had already been separated from the general inmate population.

Tell lies, tell more lies, tell even bigger lie, one of those lies must include that your life is in danger. Don’t apologize, don’t take accountability, insist that protective custody is somehow not good enough for you-because you’re very special. Noted. 🙄

What a racist system that would allow Jussie Smollett's attacker out of jail early! MAGA country has won again.