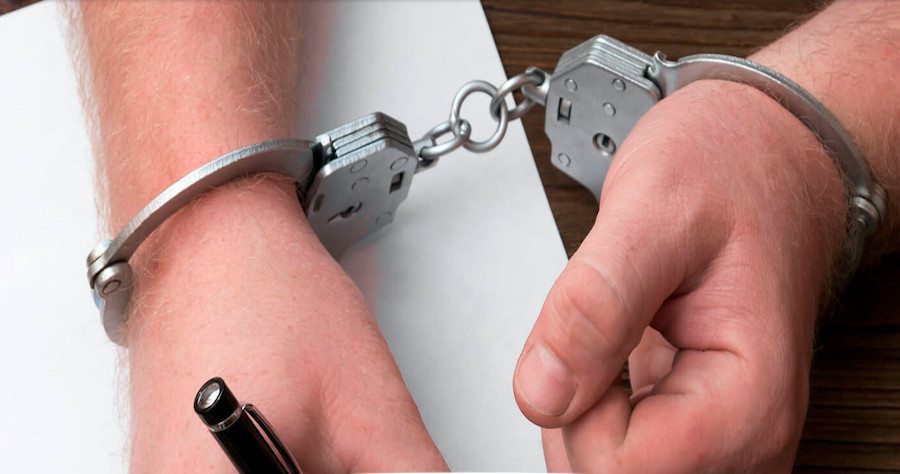 In a letter obtained by American Greatness, the U.S. Department of Justice is threatening defendants charged with seditious conspiracy in the sprawling Oath Keepers case to accept plea deals or face life in prison.

Matthew Graves, the U.S. Attorney for the District of Columbia handling every prosecution related to the events of January 6, 2021, imposed a May 6 deadline for the remaining defendants to accept plea deals. Three men have pleaded guilty to seditious conspiracy; nine others, including Oath Keepers’ founder Stewart Rhodes, have rejected government attempts to reach a plea.

“We write to advise you of applicable penalties that could apply upon conviction at trial,” Graves’ chief prosecutor in the case, Kathyrn Rakoczy, wrote to defense attorneys in a letter dated May 2. (Every January 6 defendant who has faced a jury trial in Washington, D.C. has been found guilty on all charges by jurors following brief deliberations.)

After detailing the hefty prison sentences and fines associated with other offenses charged in the case, Rakoczy turned to the potential sentence for seditious conspiracy, a crime so rare that federal sentencing guidelines don’t cover it. “The United States takes the position that the most analogous offense to seditious conspiracy is ‘Treason,’” Rakoczy wrote. If a jury concludes the conspiracy involved conduct “that is tantamount to waging war against the United States,” Rakoczy explained, the government could seek a life sentence upon conviction.

The Oath Keepers are not accused of carrying or using any weapons on January 6; none is charged with directly vandalizing government property. Two “stacks” of Oath Keepers entered the building after the joint session of Congress recessed that afternoon and walked through open doors with police nearby.

Rakoczy further threatened defendants with a terrorism enhancement for any guilty verdict. (Each also faces obstruction of an official proceeding and other felony counts.) The enhancement could result in a maximum sentence of 22 years per offense.

In February, Matthew Perna, charged with nonviolent offenses for his involvement in the Capitol protest, committed suicide after learning Graves planned to seek enhancements that would have added years to his prison sentence.

As Graves’ office strongarms Oath Keepers to accept plea deals, his prosecutors just admitted in court that the government still has not met all its discovery obligations in the complex case.

Rakoczy told D.C. District Court Judge Amit Mehta during a status hearing on Friday that at least one federal informant infiltrated the group and recorded a November 2020 meeting between several defendants including Rhodes, a revelation only recently disclosed to defense counsel. Prosecutors have not yet made available voluminous FBI records; Rhodes’ attorney told Mehta that hundreds of chat groups and tens of thousands of messages retrieved from Rhodes’ cell phone by an independent expert were omitted in evidence given to all defense attorneys by the government.

Mehta, who already delayed the first trial from April to July, agreed on Friday to delay the July trial until late in September. The first trial will include Kenneth Harrelson, Kelly Meggs, and Jessica Watkins—all of whom have been in jail since early 2021 under pretrial detention orders sought by Graves’ office—and Rhodes, who has been incarcerated since his arrest in January. Mehta also added Thomas Caldwell to the September trial. The remaining defendants will face trial in December.

Three Oath Keepers have pleaded guilty to seditious conspiracy in exchange for sentencing leniency. Joshua James, a Purple Heart veteran who nearly died from a bomb explosion in Iraq in 2007 that killed three of his fellow soliders and suffers from PTSD, was the first to plead guilty in March. Prosecutors, according to James’ wife, threatened to eliminate all veteran benefits for the father of three young children. “We made the choice that makes it more likely that Josh would be home sooner than later instead of risking our future on a trial that would likely take away many years of his life and deprive him of the chance to raise his children,” Audrey James explained in a post on the family’s fundraising site.

During his plea hearing last month, Brian Ulrich repeatedly sobbed as Mehta read his admission of guilt and potential sentence, prompting Mehta to ask if he needed some time to gather himself. “It’s not going to get any easier,” Ulrich responded as he wept. Ulrich entered the building at 3:22 p.m. on January 6, an hour after Congress recessed and lawmakers had been evacuated. He carried no weapon and exited the Capitol about ten minutes later.

No American ever has been convicted of seditious conspiracy. Sheikh Omar Abdel-Rahman and nine of his followers—all foreign nationals—were convicted of the crime in 1995 for plotting to blow up several buildings in New York City.