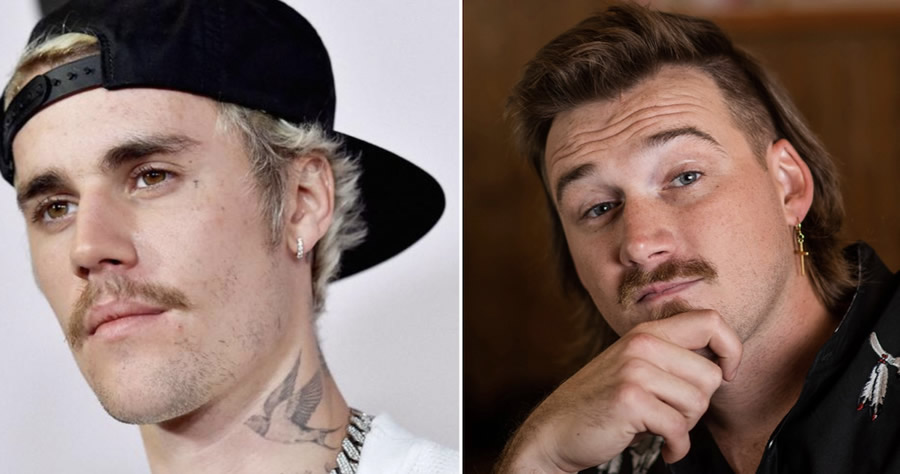 He gets his apologies down in Tennessee.

Justin Bieber posted a mea culpa to his Instagram Stories Wednesday for his recent endorsement of country star Morgan Wallen’s music, six months after a video was leaked of Wallen drunkenly using the N-word with friends.

In a now-deleted post, the Biebs, 27, had shared a screenshot of Wallen’s “Sand In My Boots” from “Dangerous: The Double Album,” writing “Love this album,” alongside it.

“I had no idea that the guy’s music i posted was recently found saying racist comments,” the “Peaches” singer wrote. “As you know i dont support or tolerate any sort of racism or discrimination. I had no idea, I sincerely apologize to anyone i offended.” 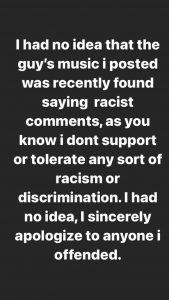