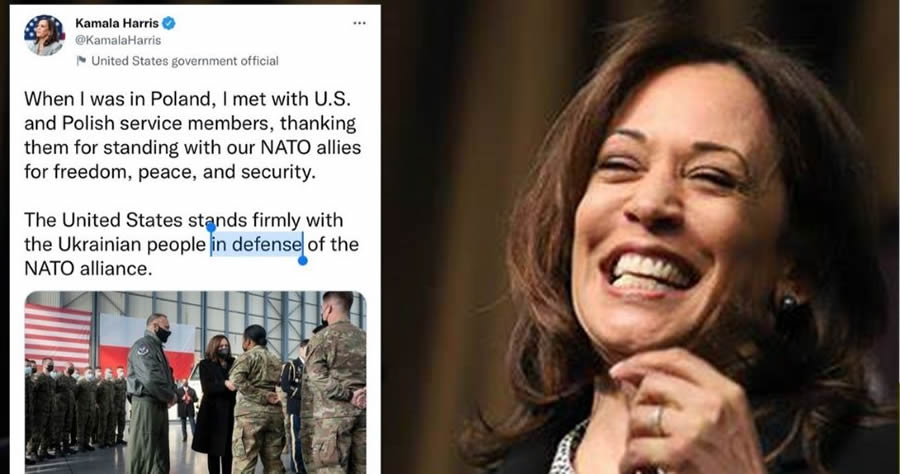 Vice President Kamala Harris shared a now-deleted tweet on Tuesday that said the United States is supporting Ukraine “in defense of the NATO alliance,” despite Ukraine not being a NATO nation.

“When I was in Poland,” the tweet read, “I met with U.S. and Polish service members, thanking them for standing with our NATO allies for freedom, peace, and security. The United States stands firmly with the Ukrainian people in defense of the NATO alliance.” Harris’ office has said that the accounts is controlled by the Democratic National Committee (DNC).

The post featured a picture of Harris with American and Polish service members, followed by statements she made while addressing House Democrats recently at a DNC meeting.