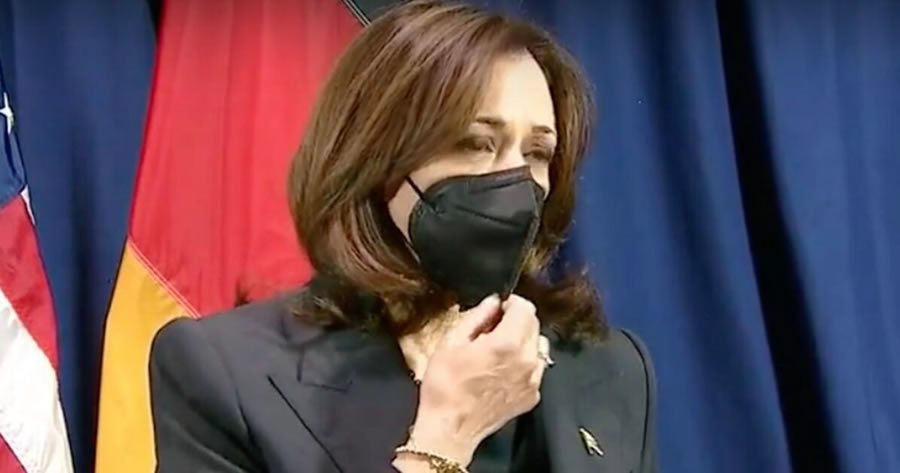 Harris was attending the Munich Security Conference in Munich, Germany along with Ukrainian President Volodymyr Zelenskyy when she took time to speak with the press. After calling the trip productive for “collaboration and partnership with our Allies,” Harris suggested that the threat from Russia endangered the NATO Alliance, calling the principles of it “compromised, if not attacked” before taking questions from the press.

Among those questions, Harris was asked by an ABC reporter, “When [Zelenskyy] spoke after your meeting, he shared his frustration with countries like the U.S. who say that an attack is likely to happen in Ukraine but you won’t put sanctions in place until that happens. You – the administration has continually said that retaining those sanctions holds on to some leverage. But if you believe Putin has made up his mind, what leverage do you really have? Why not put those sanctions in place now?”

Harris claimed that sanctions targeted at individuals and institutions, “in particular, financial institutions” continue to be about deterrence and that they “will exact absolute harm for the Russian economy and their government.”

The reporter fired back, “But if Putin has made up his mind, do you feel that this threat that has been looming is really going to deter him?”