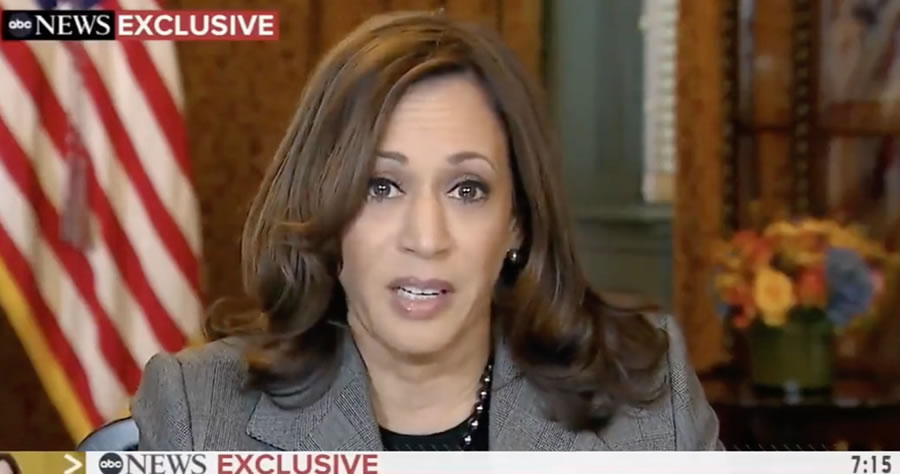 Vice President Kamala Harris defended the Biden administration’s handling of the southern border, telling George Stephanopoulos it is impossible to “flip a switch” and fix the situation.

“It’s not going to be overnight. We can’t just flip a switch and make it better. The reality is that we inherited a system, an immigration system that was deeply broken,” Harris said while appearing on “Good Morning America” on Thursday. “It’s requiring us to actually put it back together in terms of creating a fair process that is effective and efficient.”

Immigration officials encountered over 1.7 million migrants at the southern border in the fiscal year 2021 when Border Patrol agents made a record number of arrests. A number of migrants who spoke to the Daily Caller in October thanked President Joe Biden for his immigration policies.

VP Kamala Harris on surge in illegal border crossings at the U.S.-Mexico border:

“We can’t just flip a switch and make it better … we inherited an immigration system that is deeply broken.” pic.twitter.com/klmUygu73J