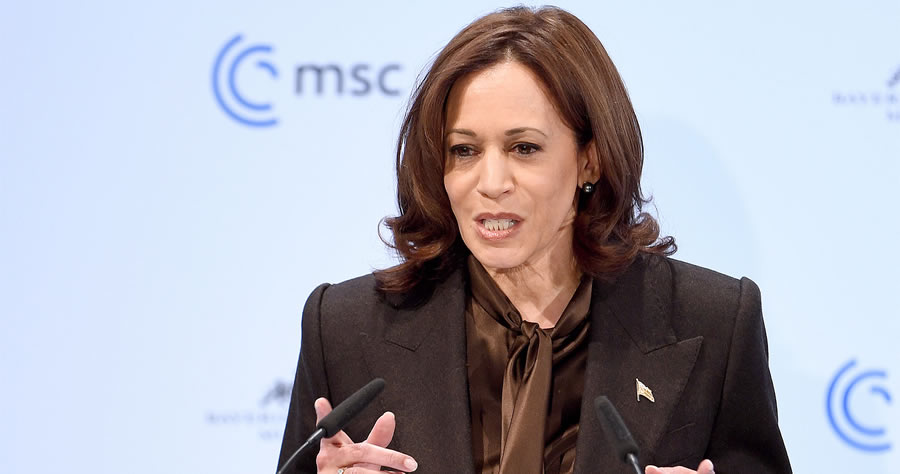 Vice President Kamala Harris was mocked after she appeared unprepared to discuss the Ukraine crisis during a Q-and-A with reporters at the Munich Security Conference in Germany.

“I mean, listen, guys, we’re talking about the potential for war in Europe,” Harris said at one point Sunday in response to a question about how the Biden administration saw the situation’s “endgame” playing out.

“I mean, let’s really take a moment to understand the significance of what we’re talking about,” the veep went on. “It’s been over 70 years. And through those 70 years … there has been peace and security. We are talking about the real possibility of war in Europe.”

Twitter user Jon Will Chambers summed up the thoughts of many by asking: “Did I just watch Kamala Harris claim there has been peace in Europe for 70 years?”

Washington Examiner reporter Jerry Dunleavy pointed out on Twitter that those 70 years of “peace and security” included the Yugoslavian civil wars of the 1990s, “as well as Russia’s attacks on Georgia & Ukraine.”

Harris got tangled in her answers. “The purpose of the sanctions has always been and continues to be deterrence,” she said. “But let’s also recognize the unique nature of the sanctions that we have outlined. These are some of the greatest sanctions, if not the strongest that we’ve ever issued, as I articulated yesterday. It is directed at institutions — in particular, financial institutions — and individuals, and it will exact absolute harm for the Russian economy. And their government.”

The rumors about Harris refusing to read her briefing books appear to be true https://t.co/XhV8MYMhzV

Every time I think she can’t get any worse at her job, she proves me wrong.

Former Democratic Hawaii Congresswoman Tulsi Gabbard slammed the Biden administration Monday on “Hannity,” calling out Kamala Harris’ “embarrassing” Russia remarks and saying the Vide President does not have the temperament to be the voice of the United States on the world stage.

TULSI GABBARD: This is embarrassing. It’s hard to keep track of all of those jumbles of words. It’s clear she [Kamala Harris] was sent there to be the voice of the United States as a purely political calculation. She has no foreign policy background or understanding. She has no concept of the cost of war nor does she have the temperament necessary to be the voice of the United States on the global stage. It’s embarrassing to see this play out. She talked about deterrence and sanctions. How do you deter someone by punishing them before they do it? It’s simple. This is grade school understanding. If you say I’m going to punish you before you do something, wouldn’t a kid say, “Fine, I might as well as do it anyway.” This is not rocket science, Second, talking about incurring costs. Kamala Harris and Joe Biden have said we are going to incur a cost. They won’t pay the price. They are multi-millionaires. The power elite will not be negatively impacted. Who will pay the price? It’s hard-working Americans across the country and people around the world who are already paying the price and will continue to see things worsen.