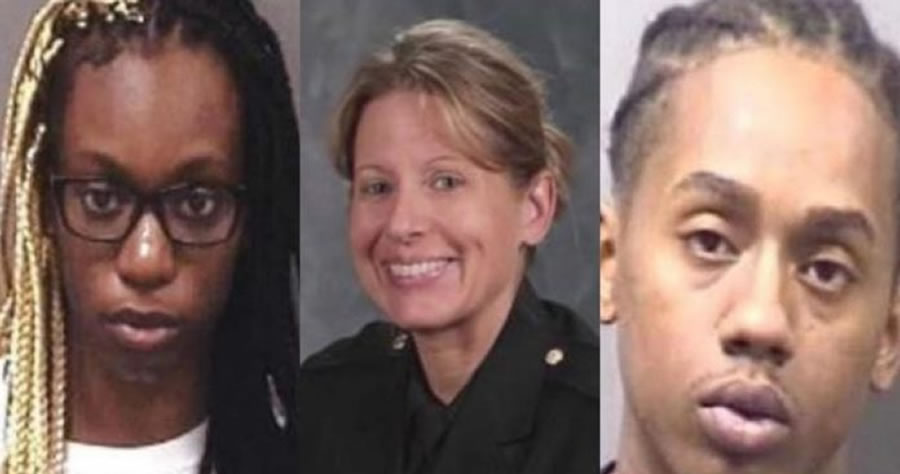 According to the Bradley Police Department, “at approximately 9:56 pm, the BPD responded to the Comfort Inn at 1500 north State Route 50 for reported dogs barking in an unattended vehicle which was parked in the parking lot.”

Police Sgt. Marlene Rittmanic was “desperately pleading for her life” shortly before she was fatally shot with her own gun.

Officer Bailey was shot in the head and survived.

A Bradley police sergeant was “desperately pleading for her life” moments before a gunman fatally shot her with the officer’s own gun, Kankakee County prosecutors said Monday.

Kankakee County State’s Attorney Jim Rowe is seeking life sentences for Darius Sullivan, 25, and Xandria Harris, 26, who face a litany of felony charges in last week’s hotel shooting that killed Bradley Police Sgt. Marlene Rittmanic and critically wounded her partner. He is pushing for federal murder charges to be filed against the two and for federal prosecutors to pursue the death penalty

As Harris struggled with the officers, Sullivan pointed the gun and shot Bailey in the head, Rowe said. He then allegedly turned the gun to Rittmanic and shot at her as she tried to run away.