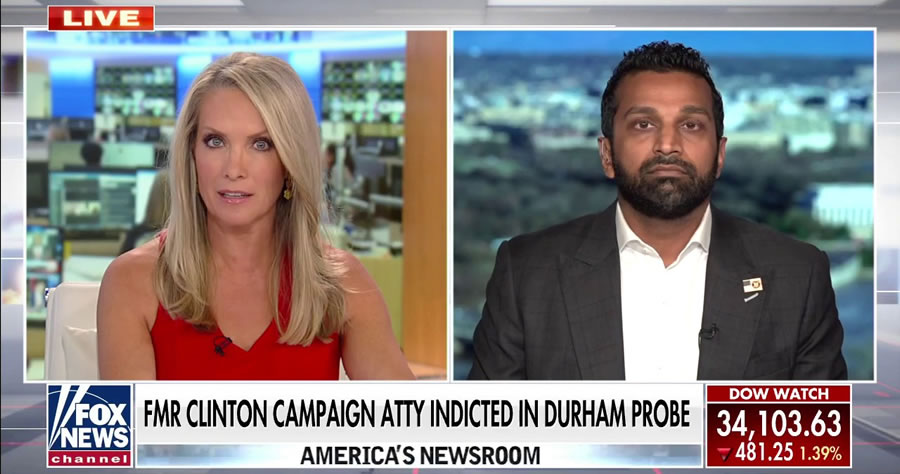 KASH PATEL: I was the lead investigator for [House Homeland Security Committee] Chairman Devin Nunes, driving the Russia investigation on Capitol Hill and I was actually the staffer that took the deposition that cited Durham’s indictment, so, I’m intimately familiar with this.

[Michael] Sussman is the centerpiece for these allegations because he ties the Hillary Clinton campaign to Fusion GPS to Christopher Steele to the Department of Justice and the false information they fed to the FBI and DOJ to spy on the presidential campaign.

It’s exactly the heart of the matter being a former federal prosecutor. It’s a 27-page indictment for a lying count that you normally have about five pages to discuss. It is a very well laid-out conspiracy charge that outlines other figures involved that I just mentioned.