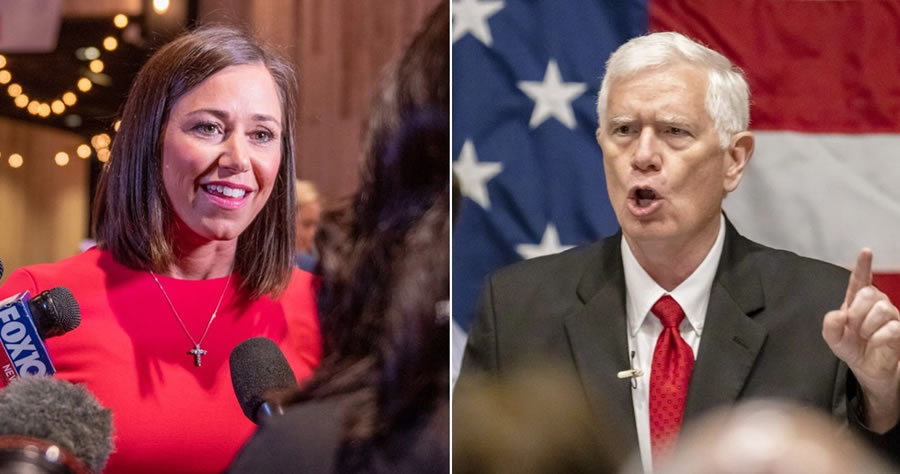 Former President Donald Trump rescinded his endorsement of Republican Rep. Mo Brooks earlier this year — and it likely just cost him his seat.

She will face Democrat Will Boyd in November’s general election for the open Senate seat, which is predicted to remain in Republican hands.

Britt received the most votes in the state’s GOP primary but she failed to win more than 50 percent support on election night.

Trump released a statement that said, “Mo has been wanting it back ever since,” in reference to his rescinded endorsement, “but I cannot give it to him!”

“Katie Britt, on the other hand, is a fearless America First Warrior,” he added.

The decision deals a second major blow to Brooks, who Trump initially endorsed last year before pulling his support in March as Brooks’ campaign floundered. But Trump in the last couple weeks had not ruled out the possibility of re-endorsing Brooks, according to a person familiar with the president’s thinking, and was being urged by some Brooks allies to throw his support behind the MAGA candidate once again.

Trump talked about his rescinded endorsement after he pulled it in March, explaining why.

“When I endorsed Mo Brooks, he took a 44-point lead and was unstoppable. He then hired a new campaign staff who ‘brilliantly’ convinced him to ‘stop talking about the 2020 Election,’” Trump said at the time.

“Very sad but, since he decided to go in another direction, so have I, and I am hereby withdrawing my Endorsement of Mo Brooks for the Senate,” he continued. “I don’t think the great people of Alabama will disagree with me. Election Fraud must be captured and stopped, or we won’t have a country anymore.”