White House counselor Kellyanne Conway compared Democrats to “cockroaches” while arguing that they are treating Deferred Action for Childhood Arrivals program recipients like a “political bludgeon” and aren’t looking for a solution for their status in the U.S.

.@KellyannePolls on border wall: “[Democrats] pretended that everything they cared about with respect to immigration was DACA. @POTUS came to the table…and the Democrats disappeared.” @WattersWorld pic.twitter.com/0is9AreYUm

Conway made the comparison while speaking with Fox News’ Jesse Watters in an interview that aired Saturday evening. She was defending her boss’s decision to sign the $1.3 trillion omnibus spending legislation into law, despite senators having little time to read the 2,232-page bill and Trump’s frustration with its paltry border security funding and failure to codify protections for undocumented youth.

“They pretended that everything they cared about with respect to immigration was DACA, were the ‘Dreamers.’ Where are they now?” Conway said of the Democrats. “The president came to the table,” she added, noting Trump’s willingness to “take care of” the 1.8 million undocumented immigrants eligible for the program. 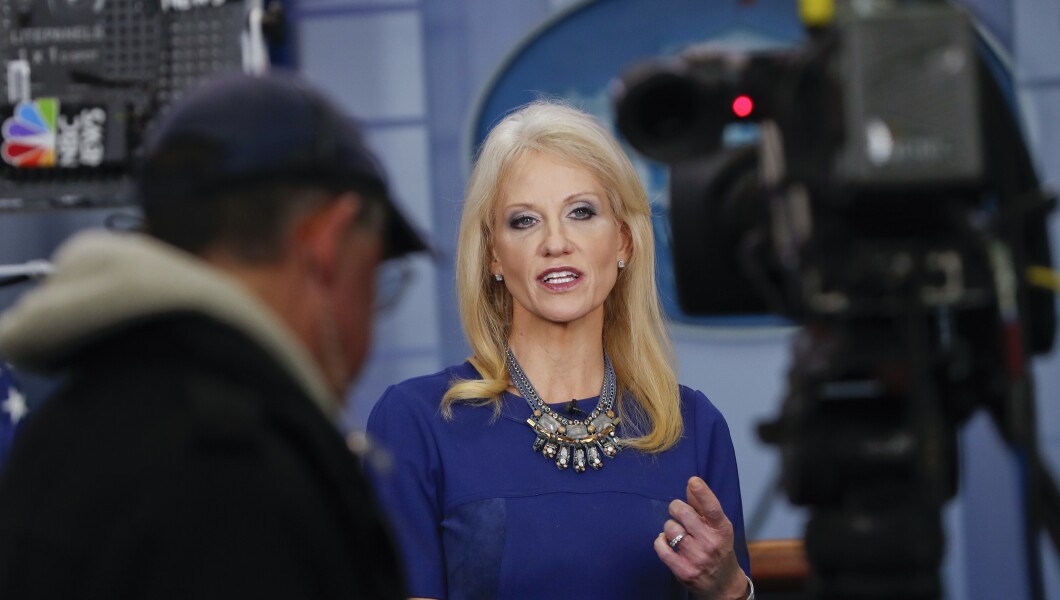 “They scattered like cockroaches when you throw a light on,” Conway said.
“I mean really. Where are they to help these people they pretend they are trying to help?”

Trump and Republicans tried a few times to get Democrats to agree to extend protection for people under the expired DACA program, in return for funding for Trump’s border wall. But Democrats rejected those proposals, even after the White House agreed to drop two other demands to reduce legal immigration.

“The Republicans are with you, they want to get your situation taken care of,” Trump said Friday.“The Democrats fought us, they just fought every single inch of the way. They did not want DACA in this bill.”