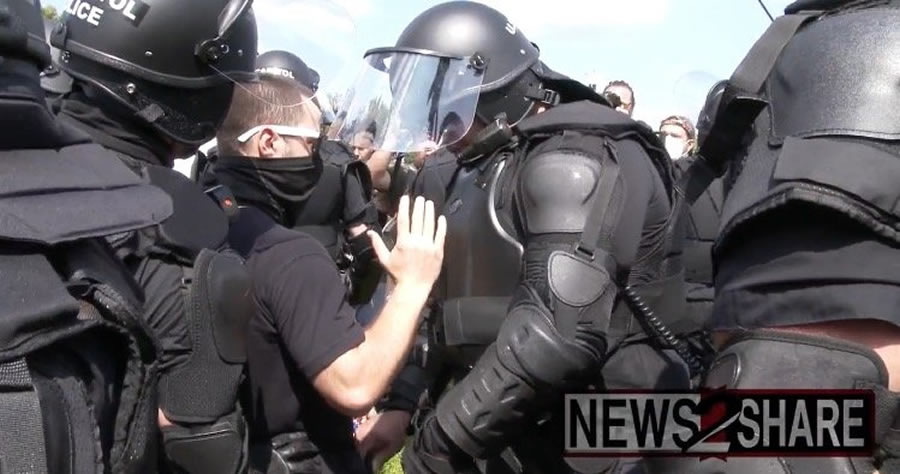 There was a heavy police presence at the US Capitol on Saturday in anticipation of a rally in support of the January 6 political prisoners.

Demonstrators will show support for the January 6 political prisoners on Saturday.

Hundreds of non-violent Trump supporters are currently in jail awaiting trial for walking through the Capitol on January 6.

But it was all a set up.

There were more police, reporters and undercover intelligence agents than protesters in Washington DC.

The only armed person arrested on Saturday was an undercover agent.

He tells them where the gun is, and they pull out his badge.

Without disarming or handcuffing him, police extract him from the event. pic.twitter.com/F1n4PeuXkt