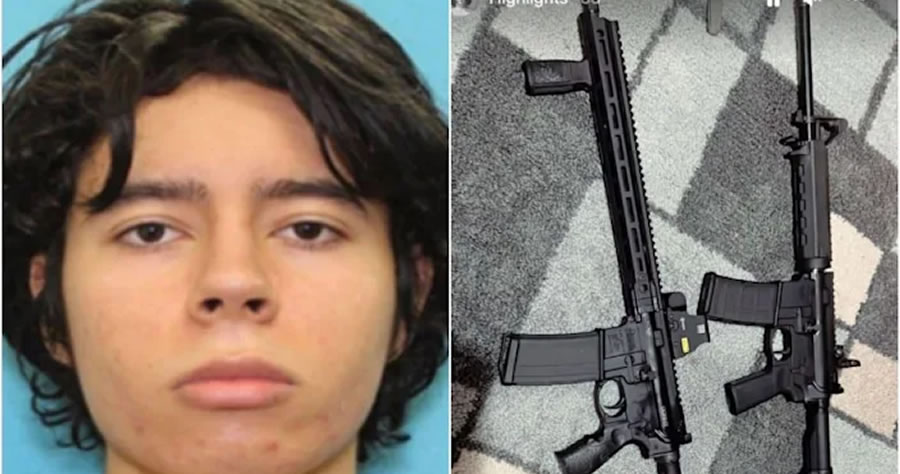 UVALDE, Texas—The 18-year-old gunman who opened fire at a Texas elementary school, killing at least 19 kids and two adults, bought two assault rifles on his birthday and appeared to send some ominous Instagram messages just hours before the massacre.

Although Salvador Ramos was described as “quiet” by numerous people who knew him, a young woman who worked with him at Wendy’s until March detected an aggressive streak. Several former friends said he had stopped showing up at school and was not going to graduate with the senior class this year.

“He would be very rude towards the girls sometimes, and one of the cooks, threatening them by asking, ‘Do you know who I am?’ And he would also send inappropriate texts to the ladies,” said the former co-worker, who did not want her name used.

“At the park, there’d be videos of him trying to fight people with boxing gloves. He’d take them around with him.”

Former friend Santos Valdez Jr., told The Washington Post that the two had been close friends until Ramos’ behavior started to “deteriorate.” He said Ramos, who was often bullied over a speech impediment that included a stutter and lisp, once cut up his own face with a knife “just for fun.” Valdez said he first said he was scratched by a cat and then admitted he had done it himself. “Then he told me the truth, that he’d cut up his face with knives over and over,” Valdez told the Post, adding that he had messaged over Instagram two hours before the massacre. Ramos didn’t open or read Valdez’s final message.

Another friend told the paper that he used to egg people’s vehicles and shoot random strangers with a BB gun from a car.

On Tuesday morning, authorities say, Ramos shot his grandmother then crashed his car near Robb Elementary School in Uvalde. Police pursued him as he ran into the school wearing body armor and carrying a handgun and possibly a rifle, Texas officials said.

“As soon as he made entry into the school he started shooting children, teachers, whoever was in his way, he was shooting everybody,” Texas Department of Public Safety spokesperson Lt. Chris Olivarez said.