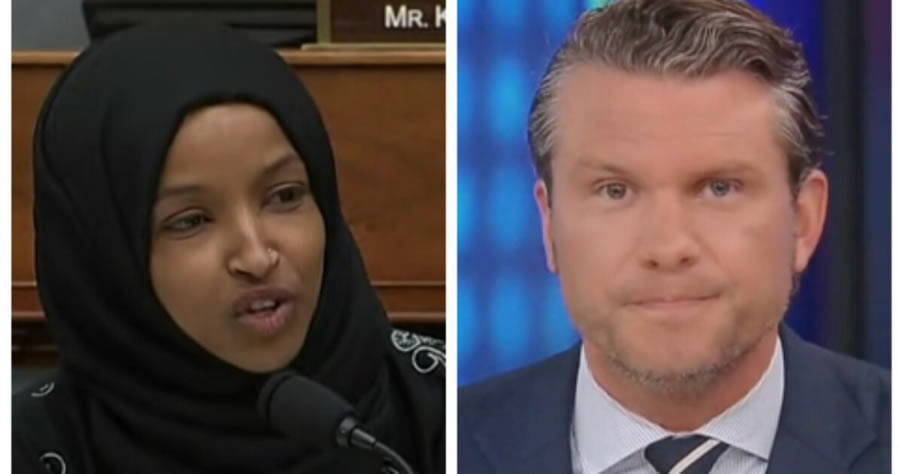 Fox News host Pete Hegseth clapped back at U.S. Rep. Ilhan Omar (D-Minn.) on Wednesday after she ripped him as a racist in a back-and-forth which began a day earlier when he accused her of being ungrateful after being given asylum in the U.S.

During a Tuesday monologue on “Fox Primetime,” Hegseth, a U.S. Army veteran who served multiple tours overseas, began by talking about an Iraqi Muslim man whom he fought alongside with being permitted to resettle in the United States and making the most of his opportunity after settling in Houston, Texas.

Noting that his Iraqi friend and his family were extremely grateful for being given a chance to make a successful life in the U.S., Hegseth compared his experiences and love for America with Omar, who was granted asylum in the U.S. so she could escape her war-torn home country of Somalia.