Kinzinger’s cowardly response to Tucker Carlson invitation is expected, but his name-calling is odd 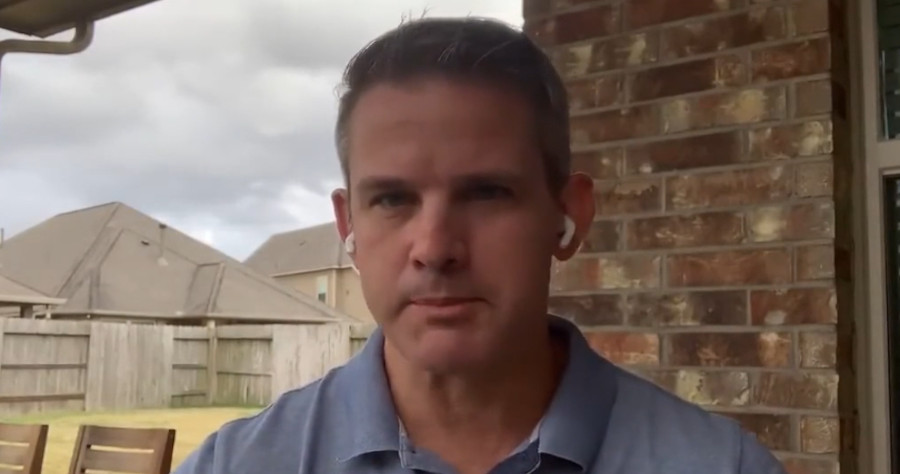 Instead of accepting an offer from Fox News host Tucker Carlson to appear on his show where he could make his case to millions of Americans concerning numerous issues, Rep. Adam Kinzinger (R-IL) hid behind faux moral outrage, calling the conservative a “liar” and “evil,” while refusing to “empower his garbage.”

“I got an invitation to do Tucker Carlson’s show tonight. And there’s no way I’ll go on his show, for a number of reasons,” the weak Republican said, preferring to justify his cravenness via a video where he didn’t have to go toe to toe with Carlson and have an honest debate.

“But first, let me state that his insistence that the West was provoking war with Putin, his spreading lies about bio-labs, and his continued spewing of conspiracy theories are nothing but complete evil. His show is full of Russian propaganda and not news, and I will not validate his show by making an appearance. I do not want to be associated with it in any way,” Kinzinger falsely asserted, accusing Carlson backhandedly of treason for simply having a different point of view on the war.

“And we all know what would happen, and we all know what the goal is. We know the interview would be promoted to get more viewers, to make more money, to further empower his garbage. And let’s talk tactics. When Tucker interviews someone in a hostile way, he interrupts and laughs when he’s been caught in a lie. And after the segment’s over, he brings on another guest to try to discredit any statement made by the prior guest without counter,” he stated, basically admitting he could not take the pressure of facing off with Carlson.

Adam Kinzinger refused to show up to my J6 “committee” deposition

Refused to go on @TuckerCarlson tonight.

Why? Because he’s a coward and a fraud. He can’t back up any of his ridiculous claims or conspiracy theories when challenged. Sit down and shut up little man.

Little Adam Kinzinger is afraid to go on #TuckerCarlson what a coward pic.twitter.com/PjfgI7anKj

“He’s not interested in conversations. He’s only interested in himself. And at the end of the day, he’ll continue to use his platform to deceive his all too trusting viewers and to further his own sense of power,” the Never Trumper claimed in a brazen attempt to smear Carlson even further.

Carlson has long criticized Kinzinger for his weakness as a Republican and his views that are far more closely aligned with Democrats than his own party. The smallest retort from the Fox News host sends Kinzinger into a tailspin. Last week after being called “tiny-minded” and being referred to as “Mr. Tough Guy,” the Illinois Republican tried to savage Carlson over Ukraine. Carlson has repeatedly spoken out against Putin, he just does not believe the U.S. should get embroiled in another war and that infuriates Kinzinger.

Why did Adam Kinzinger just refuse to go on Tucker Carlson’s show tonight — what is Kinzinger still so afraid of?

Why did Adam Kinzinger just refuse to go on Tucker Carlson’s show tonight — what is Kinzinger still so afraid of?

Tucker has made it clear he stands with Putin and his war against freedom,” Kinzinger falsely asserted. “I stand with Ukraine, democracy, and the men and women willing to fight and die for their country.”

Kinzinger is asking Americans to donate to the Stand With Ukraine fund in an effort to appear supportive of the war-torn country while not actually doing anything to either help them or argue his stance convincingly.

However, he did offer his prayers for Fox News correspondent Benjamin Hall, who was tragically wounded while on the ground in Ukraine Monday. He is now in the hospital, Fox News Media CEO Suzanne Scott said in a memo to staff on Monday, according to The Hill.

“This makes Tucker’s position all the more disgusting,” Kinzinger raged, pointing out what Hall does is dangerous.

Meanwhile, Carlson is offering a chance for an honest debate with Kinzinger. One Kinzinger will never take him up on.

“Adam Kinzinger’s always invited on the show,” Carlson stated. “Any time. We’ll give him the hour.”