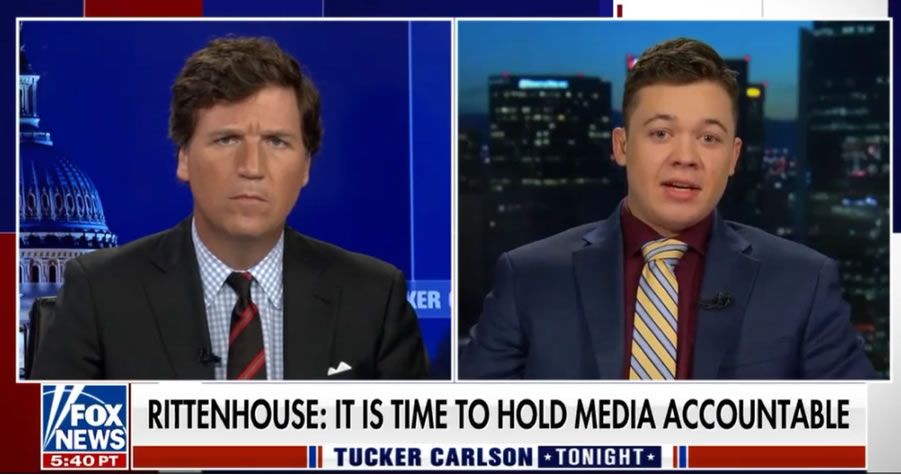 Kyle Rittenhouse joined Tucker Carlson on Monday night to announce the launch of the Media Accountability Project to hold the media accountable for the lies they said and deal with them in court.

Last November after he was found not guilty in the shooting deaths of two Black Lives Matter protesters at the Kenosha riots, Kyle Rittenhouse hinted that he may take action against the many leftwing politicians and operatives who smeared him as a murderer. The list included Joe Biden who called him a white supremacist in a campaign ad.

The ad is still posted on Joe Biden’s Twitter page.

Of course, Twitter has not flagged the ad for its obvious lies and slander.

There’s no other way to put it: the President of the United States refused to disavow white supremacists on the debate stage last night. pic.twitter.com/Q3VZTW1vUV

On Monday Kyle Rittenhouse explained his new project and defamation lawsuits in the works against Whoopi Goldberg, Cenk Uygur, and other targets.