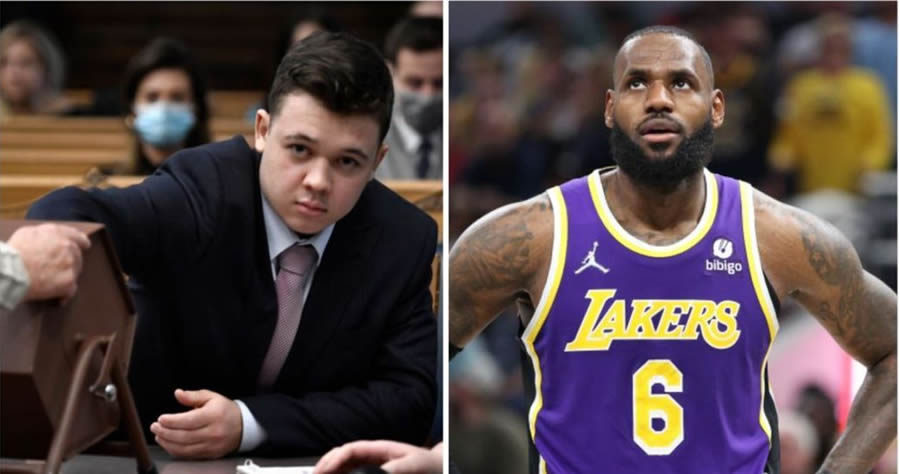 Kyle Rittenhouse is not a fan of LeBron James.

Prior to the teenager being acquitted on all charges on his self-defense shooting case in Kenosha, Wisconsin, the four-time NBA champion accused Rittenhouse of faking his tears while on the witness stand.

“I was a Lakers fan too before he said that. I was really pissed off when he said that because I liked LeBron, and then I’m like, you know what, f**k you, LeBron,” Rittenhouse said while appearing on “You Are Here” when asked about LeBron’s infamous tweet.

What tears????? I didn’t see one. Man knock it off! That boy ate some lemon heads before walking into court. 🤣🤣🤣 https://t.co/LKwYssIUmD