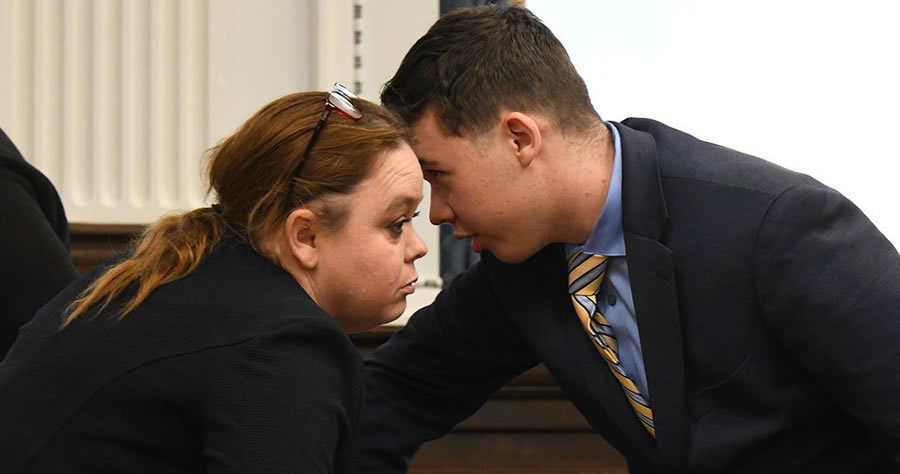 Wendy Rittenhouse, the mother of teenager Kyle Rittenhouse, told Fox News on Hannity on Thursday night that President Joe Biden “defamed” her son last year by calling him a “white supremacist” — a remark for which Biden never apologized.

“President Biden don’t know my son whatsoever, and he’s not a white supremacist,” Mrs. Rittenhouse told host Sean Hannity. “He’s not a racist. And [Biden] did that for the votes.”

As Breitbart News reported last year, Rittenhouse was smeared by Democrats and the media as a “white supremacist” after the Aug. 25, 2020 shootings, in which he killed two men and wounded another during Black Lives Matter riots in Kenosha, Wisconsin. He is currently on trial for murder; he claims he acted in self-defense, a claim that has been all but admitted by the prosecution’s own witnesses in the case.

Regardless of the outcome of the trial, no evidence has been presented to indicate any kind of racial bias by Rittenhouse.

Nevertheless, then-candidate Biden seized on the false narrative to smear Rittenhouse, as Breitbart News reported in 2020:

Former Vice President Joe Biden tweeted a video Wednesday in which he depicted Kyle Rittenhouse — the 17-year-old who shot and killed two left-wing rioters in Kenosha, Wisconsin, last month — as a white supremacist, without any evidence.

Biden included footage of white supremacists in Charlottesville, Virginia — whom he has falsely accused Trump of calling “very fine people” — and other extremists. But among those images, he included a still photograph of Rittenhouse.