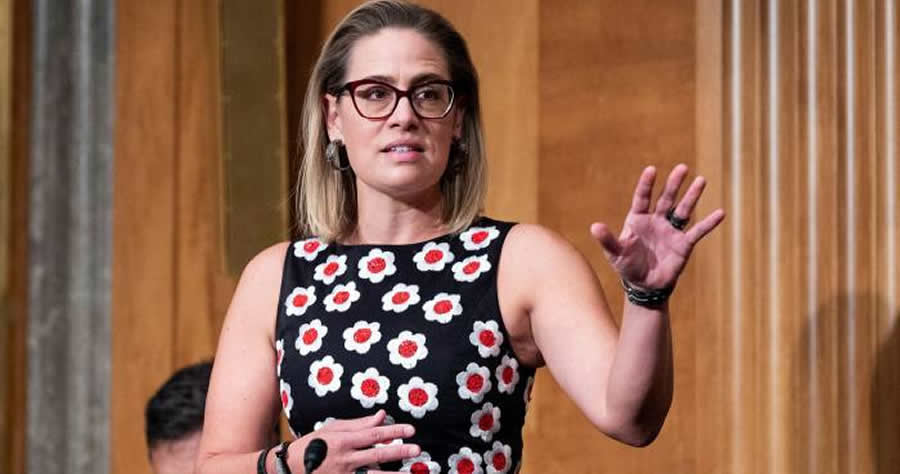 After a pressure campaign mounted by President Joe Biden and Vice President Kamala Harris against a handful of Democrat senators to change the filibuster rules one of those senators has a response that is likely to make them furious.

Democrat Arizona Sen. Kyrsten Sinema said Thursday that she is not going to vote to change the filibuster rules and that is her final word on it.

The senator appeared to be annoyed that she has had to state her position on it again as she has done so many times and it has never changed.

“There’s no need for me to restate my longstanding support for the 60-vote threshold to pass legislation. There’s no need for me to restate its role in protecting our country from wild reversals of federal policy,” she said, Fox News reported. “This week’s harried discussions about Senate rules are but a poor substitute for what I believe could have and should have been a thoughtful public debate at any time over the past year.”

“But what is the legislative filibuster, other than a tool that requires new federal policy to be broadly supported by senators, representing the broader cross-section of Americans… Demands to eliminate this threshold from whichever party holds the fleeting majority amount to a group of people separated on two sides of a canyon, shouting that solution to their colleagues,” she said.