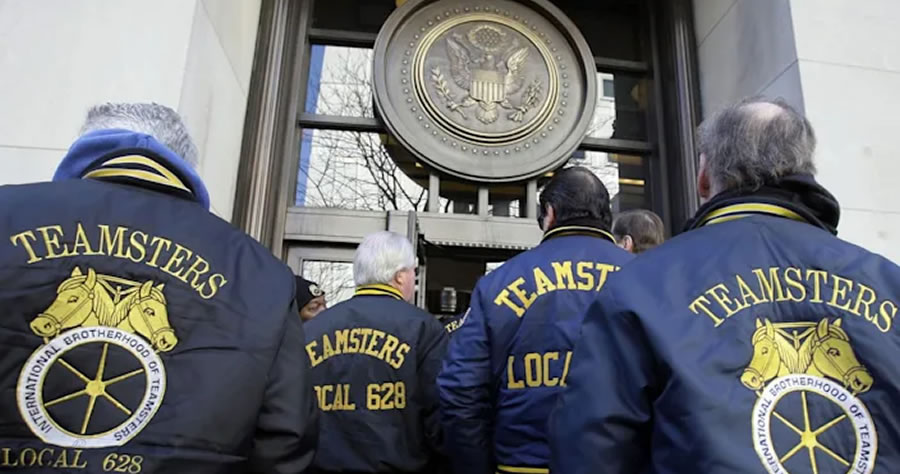 The Paycheck Protection Program launched in March 2020 to provide relief to small businesses and charities amid the COVID-19 pandemic. But 226 labor unions that were ineligible for the program received $36.7 million in forgivable loans, according to a report provided exclusively to the Washington Free Beacon.

For the first wave of loans in early 2020, only nonprofits that were registered as 501(c)(3) charitable organizations were eligible for the loans, according to Small Business Administration rules. It is unclear how the labor unions, which were incorporated with other nonprofit tax statuses, were able to receive the program loans. Maxford Nelsen, who authored the report from the Freedom Foundation, told the Free Beacon the disbursement of loans to unqualified organizations “represents a failure on so many levels” from the SBA and its lenders.

Those who submit a knowingly false statement to obtain a guaranteed loan from the SBA may be sentenced to five years in prison and a $250,000 fine. The penalty jumps to 30 years of imprisonment and a $1,000,000 fine if the loan was distributed through a federally insured institution.

The SBA has forgiven $790 billion in PPP loans to small businesses and nonprofits that had to prove the funds were used to retain employees amid the pandemic. Some of the unions that incorrectly received loans, however, openly advocated shutdowns as they applied for PPP relief. The Michigan Education Association, a National Education Association chapter that received the largest PPP loan for a union at $6,420,500, applauded Democratic governor Gretchen Whitmer’s (Mich.) decision to suspend in-person K-12 instruction in April 2020. The Memphis-Shelby County Education Association, another NEA chapter that received a $107,525 loan, supported school closures in March 2020.

“It only adds insult to injury to know that teachers’ unions were getting federal funds all while trying to keep schools closed and that labor groups that engage primarily in political advocacy received taxpayer dollars to do so,” Nelsen told the Free Beacon.