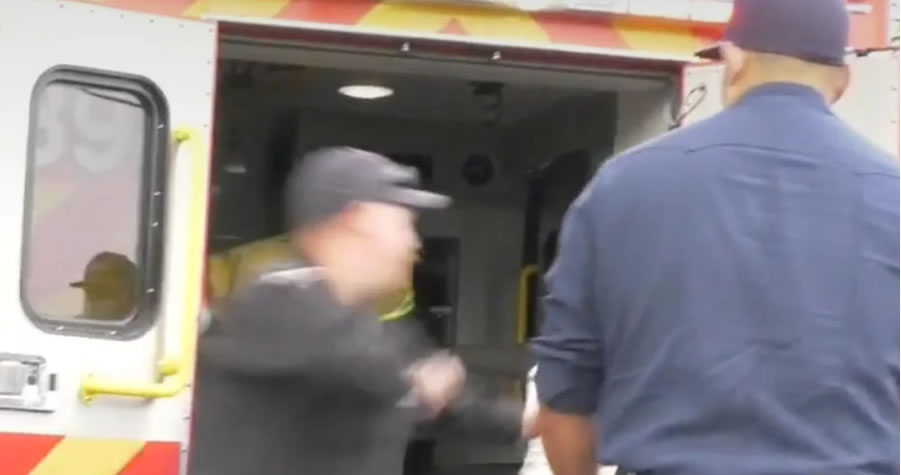 A Los Angeles Police Department officer is on leave after being caught on video punching a handcuffed suspect who was being lifted into a waiting ambulance after a botched carjacking.

A Monday report from KTTV-TV stated that the unnamed officer has been “relieved of his police powers” after the incident, which took place Saturday in the San Fernando Valley area.

Authorities say two carjacking suspects were taken into custody after a chase ended with a crash in San Fernando.

Witnesses to the incident said that they saw the suspect, who remains unnamed at the time of this reporting, spit on the officer before the assault and become “aggressive” toward first responders immediately after the crash.

According to the Daily Mail, the suspect reportedly referred to a group of officers as “bitch” during an angry outburst.