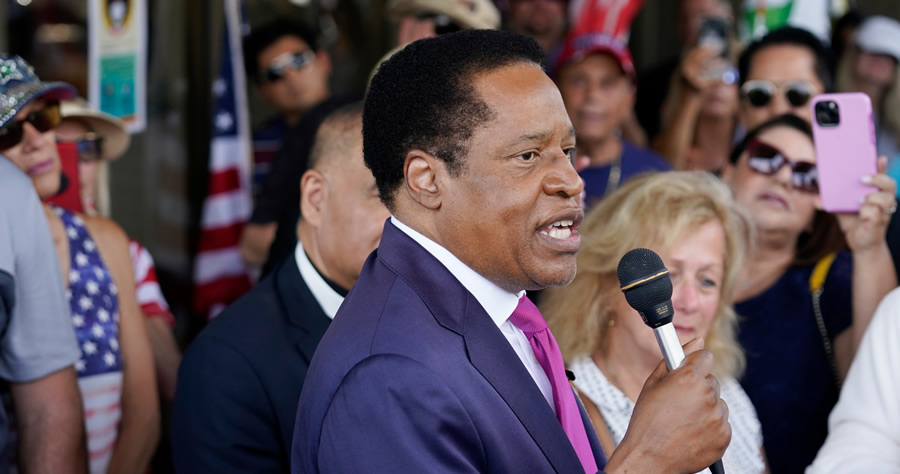 Gloria Romero, who served as the Democratic majority leader in the state Senate from 2001 until 2008 before stepping down to serve on the Education Committee, endorsed Elder for governor in a video published Wednesday. An education reform activist, Romero declared her support for Elder’s position on school choice.

“Our public schools need big change. I’m Gloria Romero; I was the majority leader of Democrats in the state Senate. I believe in charter schools and school choice. So does Larry Elder – but not Gavin Newsom. He shut our public schools while he sent his kids to private schools,” she says in a video.

“Yes: I’m a Democrat. But the recall of Newsom is not about political party. It’s about Newsom. Larry Elder for governor,” she adds.

Elder, a libertarian-minded talk radio host, currently leads the pack of Republicans vying to challenge Newsom in the Sept. 14 recall election. While Democrats outnumber Republicans 2-to-1 in California, Elder is believed to have a strong chance of becoming governor under the rules of the recall election, should voters decide they’ve had enough of the current governor.

Elder's campaign tells me this ad will air "in nearly every major media market in the state" ⤵️https://t.co/0onLtsMYlb