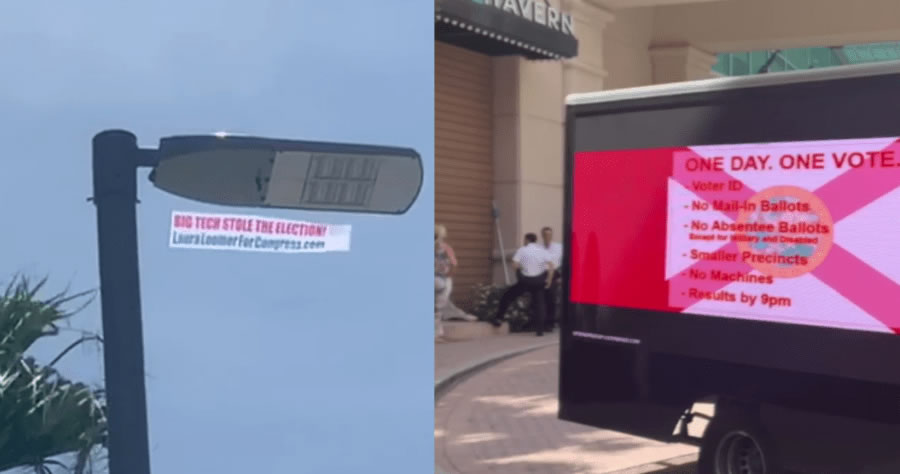 Conservative activist Laura Loomer flew a plane with a banner that says that “Big Tech Stole The Election” over a conference featuring Dominion and Florida’s Secretary of State.
The Florida Supervisors of Elections Inc, who are currently holding their annual conference in Tampa, had their event disrupted by congressional candidate . As National File reported, the organization, which is in reality a professional, private group containing Florida’s 67 elected Supervisors of Elections, seems to portray itself as an official government entity on its website, even going so far as to change its name only a year before the 2020 elections. This conference is not open to the public, despite the attendees being elected officials, and therefore subject to Florida’s state sunshine laws:

Due to the closed nature of the conference which was full of “nefarious actors,” Loomer decided to interrupt it with various levels of stunts. As the representative for Dominion Voting Systems was speaking, Loomer organized for a plane with a banner declaring that “Big Tech Stole The Election” to fly over the conference, mocking the attendees below. A digital screen truck had also appeared outside the hotel in which the conference was taking place, which displayed various recommendations to fix the electoral system, including stopping mail-in ballots and banning voting machines.

Congressional candidate and conservative activist Laura Loomer flew a plane with a sign declaring that “Big Tech Stole The Election” during a speech from Dominion Voting Systems at a conference featuring Florida Secretary of State Laura Lee pic.twitter.com/4irfR6xr9I

“Floridians deserve full and open transparency regarding any conference or discussions that are taking place concerning elections and election processes in their state,” Loomer previously told National File. “As a candidate for Congress in Florida’s 21st congressional district, combating voter fraud, Big Tech election interference, and improving election integrity, are my top campaign platform issues for 2022.” 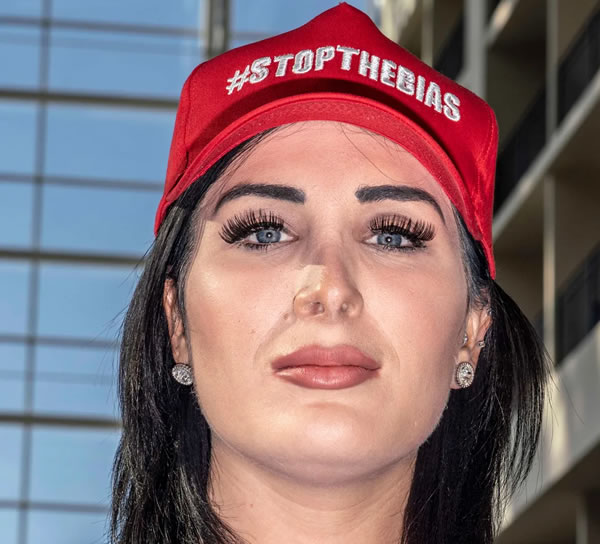