LEAKED AUDIO Reveals Hunter Biden Bragging About Controlling His Weak, Adoring Father: Dad Will “talk about anything that I want him to” 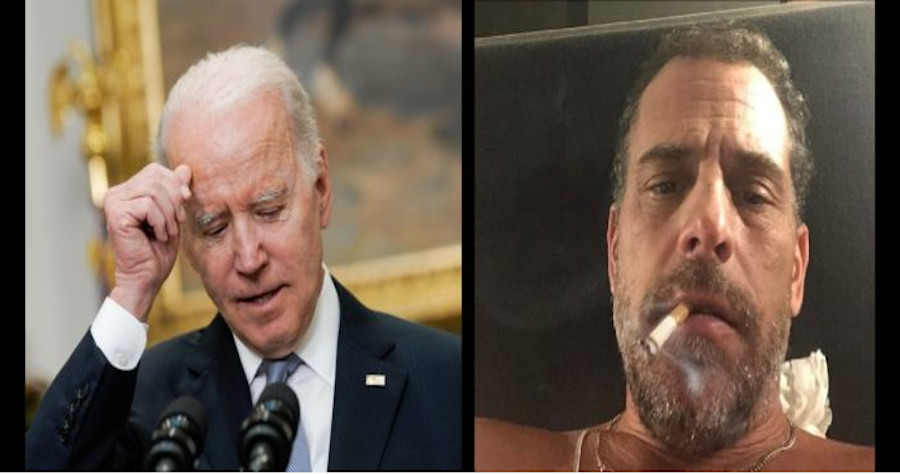 Joe Biden’s son, Hunter, brags about how much control he has over his feeble-minded father in leaked audio form his laptop

More shocking content has found itself released from Hunter Biden’s laptop. This time, recorded audio from December of 2018, 5 months before his father announced a presidential campaign, of himself and British artist Phillipa Horan rambling about a myriad of topics reveals that Hunter Biden has near complete control over his father’s agenda.

“He’ll talk about anything that I want him to, that he believes in,” Hunter said of his father. “If I say it’s important to me, then he will work a way in which to make it a part of his platform. My dad respects me more than he respects anyone in the world, and I know that to be certain, so it’s not going to be about whether it affects his politics.”

LISTEN: Hunter Biden says his father, Joe, will “talk about anything that I want him to”

“If I say it’s important to me, then he will work a way in which to make it a part of his platform” pic.twitter.com/2ZyKVCnvYq

The younger Biden added that “all those fears you think that I have of people not liking me or that I don’t love myself … I don’t fear that. You know why I don’t fear that? Because the man I most admire in the world, that god to me, thinks I’m a god,” insinuating that his father views him as a sort of a deity.

Hunter Biden, appearing to suffer from a bout of megalomania, bragged to his artist friend in the recording that he exerts so much influence over his father and that he himself is “better than anybody you know,” calling himself better than his dad.

He also told his friend regarding his own addiction to crack-cocaine, “Maybe this is the greatest thing that f***ing ever happened to me,” before revealing that his father was “scared to death” of his addiction.

Hunter Biden’s sheer influence over his own father residing in the Oval Office, coupled with his corruption and overseas interests casts further doubt on Biden’s willingness to negotiate in favor of America’s interest, and not merely the interest of his son.