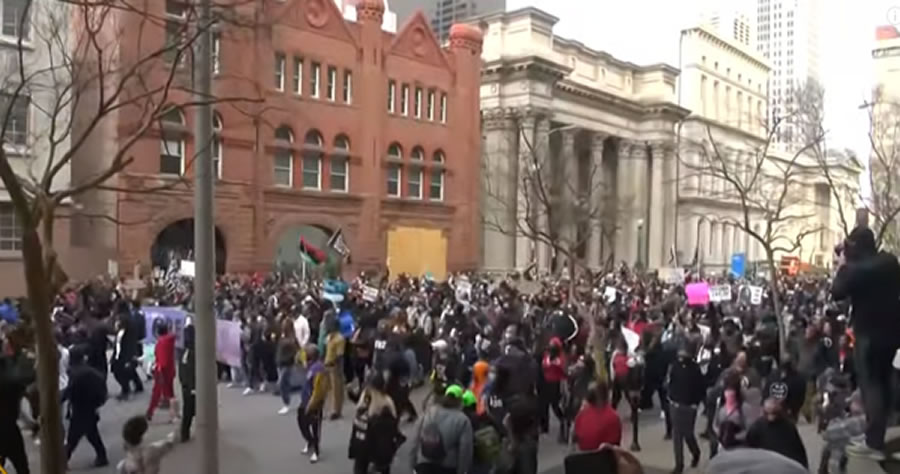 Major cities on the West Coast were among those seeing riots and protests Saturday night as demonstrators marked the one-year anniversary of Breonna Taylor’s death in a police raid in Louisville, Kentucky.

Los Angeles, Seattle and Portland all saw clashes between crowds and police, with numerous arrests reported.

In Los Angeles, some demonstrators smashed store windows and threw rocks at police officers in Hollywood.