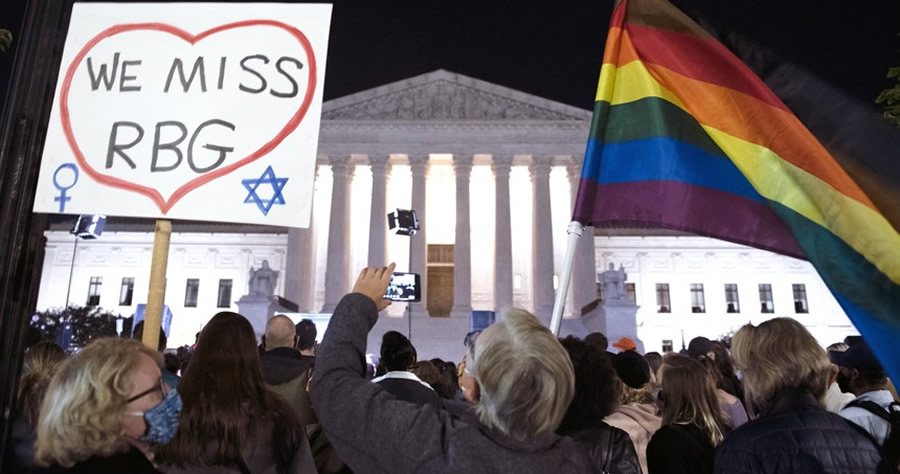 Remember Ruth Bader Ginsburg? Of course you do. The heroine, the pioneer, the voice of reason. The Notorious RBG. And, it would appear, a traitor to the cause of abortion.

It is a typical leftist move. Things don’t go the way you want, find someone to blame. Along with the usual suspects such as Republicans, pro-lifers, Texans, you, me, Grand Moff Tarkin and the republic of Gilead, the Left is eating its own by claiming that the SCOTUS abortion decision would have been avoided had Ginsburg retired during the Obama years, allowing him to name her replacement. And they are doing it with their usual style and class with comments such as:

One commenter even referred to her as Ruth Vader Ginsburg. I had to chuckle a little bit at that one. Still another essentially blamed her for opening the door for the appointment of Amy Coney Barrett.

And so the people who had at one time heralded Ginsburg as a trailblazer have in an instant consigned her to the dustbin of history for something that happened long after she had gone to her reward, no matter what that may be. Ruth Bader Ginsburg just got canceled. Post mortem. People get cancelled for all sorts of things these days. A dumb tweet when they were 12, wearing the wrong costume at a Halloween party, or being in the wrong place with the wrong people at the wrong time. Or pick something at random. But this is truly a first. We are officially breaking new ground here. Someone has been canceled for something they did not do after they died. Congratulations, progressives. You may be approaching terminal velocity in the bat-#### crazy department.