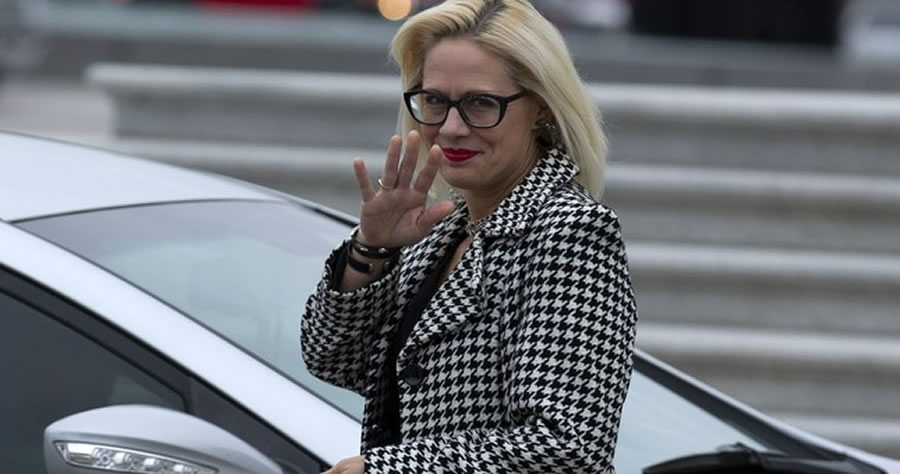 Leftists are losing their minds over a viral video of Sen. Kyrsten Sinema (D-AZ) shaking hands with a few Republican senators after she and Sen. Joe Manchin (D-WV) helped kill their party’s attempt to nuke the filibuster.

Manchin and Sinema joined every GOP senator in voting against a rule change that would’ve paved the way for Democrats to pass their radical “voting rights” legislation, which in reality would’ve been a federal takeover of elections.

Progressive men are very feminist and support strong women, except for when they advocate for violence against women who step out of line, like Kyrsten Sinema. https://t.co/yEcMnP8iKD

Joe Manchin and Kyrsten Sinema are horrible people. They have sold out their people and for what??? Oh yeah…..lots of money. They are now on the Republican donation lists.

If you need help finding Sinema, she’s the one in the Republican Red suit. https://t.co/3WieXiK8W1

Krysten Sinema is a white supremacist. Pass it along. https://t.co/Ori9DKukZV