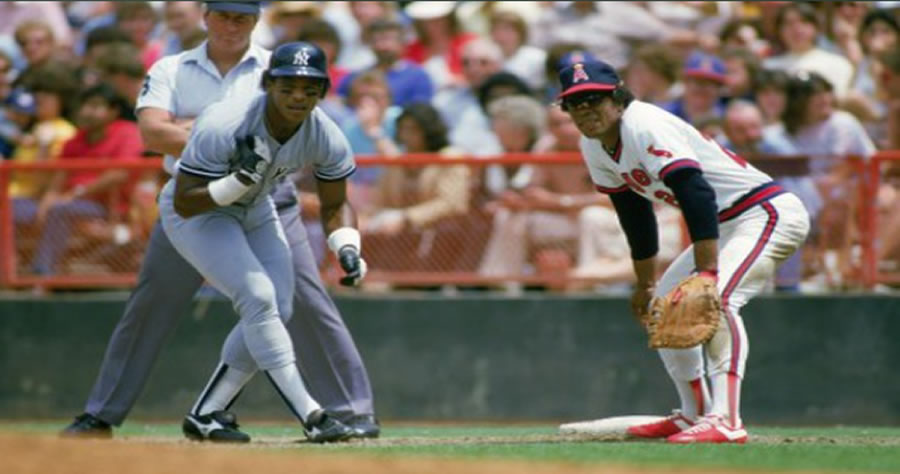 here aren’t many athletes who exude more confidence than Athletics’ Hall of Famer Rickey Henderson. As the MLB’s all-time leader in stolen bases, Henderson’s confidence on the bases was second to none. T

With an impressive .401 career on-base-percentage, Henderson found his way on base more than most players around the league at the time. It was no secret that Henderson, who stole over 1,400 bases throughout his 25-year career, was looking to swipe a bag the minute he got to first.

When you reach base that often, you’re bound to have some pretty interesting conversations with the opposing team, including fellow Hall of Famer Rod Carew.

Carew was very familiar with Henderson’s antics on the bases. Playing for the division rival California Angels the same time Henderson began his career with the A’s, Carew and Henderson had plenty of opportunities for smack-talk at first base.

Henderson’s confidence as a player, especially on the bases, was no secret. He stole a single-season record 130 bases for Oakland in 1982 and posted an 81 percent success rate throughout his career.

There wasn’t much an opposing team could do to stop Rickey on the bases.

Hey @RodCarew_29 – how much smack did Rickey talk at first base? pic.twitter.com/eFfTFMmsIY

Rickey respected me as an elder, but he was always funny. Lots of confidence and sometimes I got confused because he spoke in the 3rd person 😂 https://t.co/7DDOuZFeaP