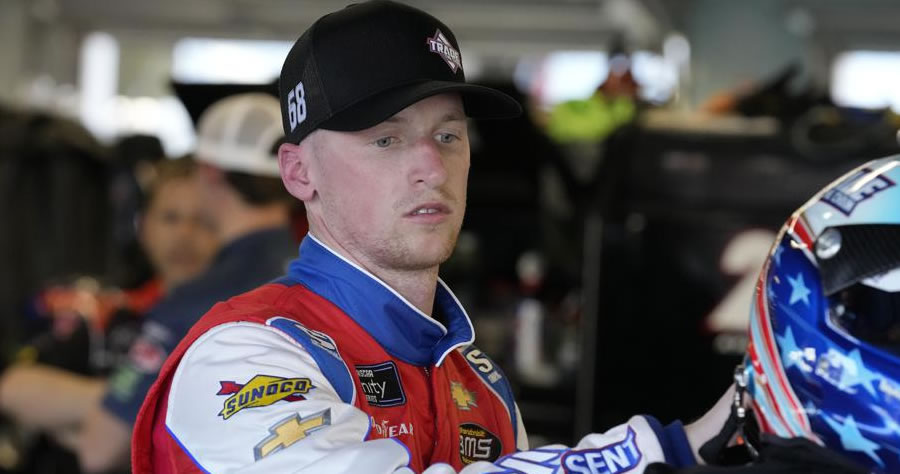 “Hopefully, they know it’s for me and they’re pulling for me,” Brown said.

At least not completely.

One of the most unrecognizable drivers in NASCAR is in the clutches of a swirling culture war he never asked to be part of as he quietly pursued a racing career. Take a look around the Daytona infield and the “Let’s Go Brandon” flags that dot the landscape outnumber the ones for Earnhardt and Elliott — and embody the unofficial battle cry of the sport’s right-leaning fanbase.

NASCAR denounced the slogan. The fans who turned Daytona International Speedway into a Republican rally when former President Donald Trump visited two years ago — some still gleefully recall his pace lap in the armored presidential limo called “The Beast” — have reveled in hijacking a televised faux pas as an insult directed at President Joe Biden.

Brown just wants to race. Instead, the kind of spotlight he wished would have burned out by now continues to beam right on him.

“There’s a lot of things that make me look like the enemy,” he told The Associated Press before his season opened Saturday with NASCAR’s second-tier Xfinity Series race at Daytona.

The 28-year-old Brown unwittingly became entangled in this debacle when he won his first career NASCAR race in October in Alabama, and the Talladega Superspeedway crowd chanted “F— Joe Biden” during Brown’s interview.

It was not clear if NBC Sports reporter Kelli Stavast, who was wearing a headset, could hear what the crowd was saying during the interview, and she incorrectly told Brown the fans were cheering “Let’s go, Brandon.”

What should have been laughed off as a blown-over blooper somehow escalated into the fast-evolving pop-culture lexicon. Politicians shouted the phrase from the House floor and repeated the soundbite in campaign ads. Trump’s website offers ornaments, buttons and pint glasses — $29.95 for a set of two — with “Let’s go Brandon” stamped on each piece of kitschy merchandise. The souvenir shops that line Daytona’s streets sell Brandon-inspired T-shirts — none of them, of course, approved by NASCAR.

“But at the same time, my name’s out there. People know who I am now,” Brown said. “There’s some reputability to that.”