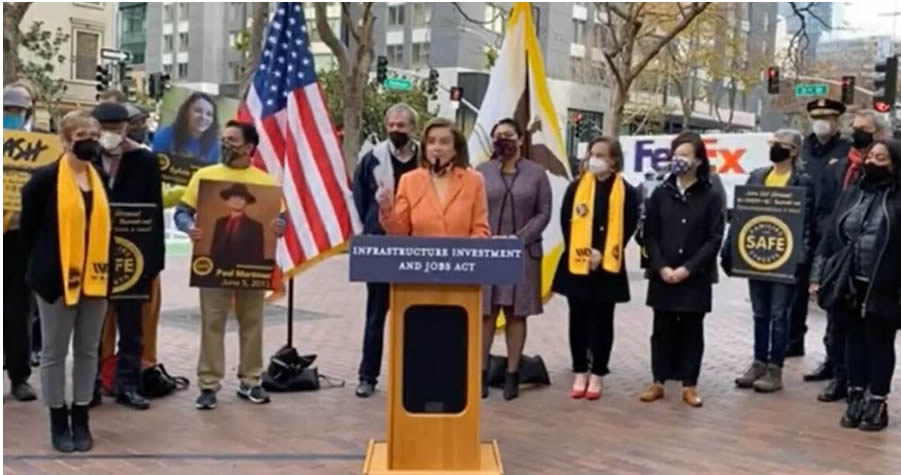 The individual belted out the anti-President Joe Biden chant as Pelosi spoke about the recently passed $1.75 trillion infrastructure bill, also known as the “Infrastructure Investment and Jobs Act,” which intends to fix roads, bridges, ports, waterways, and rural broadband access across the U.S.

“Remember the state legislature, this is—,” Pelosi began.

“Let’s Go Brandon. Wooooooo! USA! USA! USA!” the man can be heard shouting. Pelosi appeared to ignore the chants and continued on with the press conference by calling the next speaker to the podium.