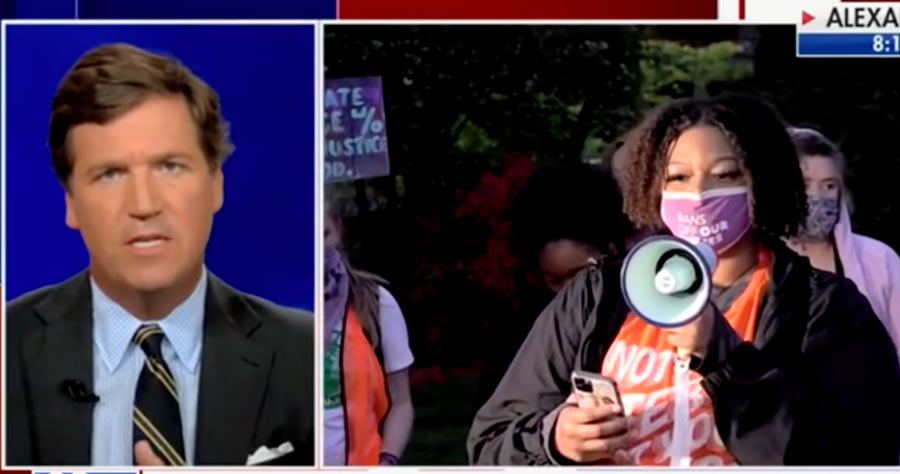 Protesters gathered outside of Alito’s home in Virginia to protest the recent leaked Supreme Court draft opinion written by Alito that would overturn Roe v. Wade.

“So it used to be like, before Joe Biden was president that Supreme Court justices were allowed to write opinions because that’s how the system worked,” Carlson said. “Now, we’re gonna take you to Alexandria, Virginia, outside Justice Samuel Alito’s house to show you what it looks like when you write an opinion the mob doesn’t like. Those are live pictures.”

A woman then appeared in the live shot reading her phone and speaking to the crowd before raising her middle finger up toward Alito’s house.

“Fuck Samuel Alito,” she said. “And fuck everybody who thinks that they can tell someone that they aren’t-”

Carlson immediately cut the woman off.

“It pains me to even put stuff like that on television, but people should see, you know, what this actually looks like,” he added.