‘Liberals Have Their Head Up Their A**’: Bill Maher Says ‘the party of FDR and JFK is turning into the party of LOL😂 and WTF🤦‍♂️’ 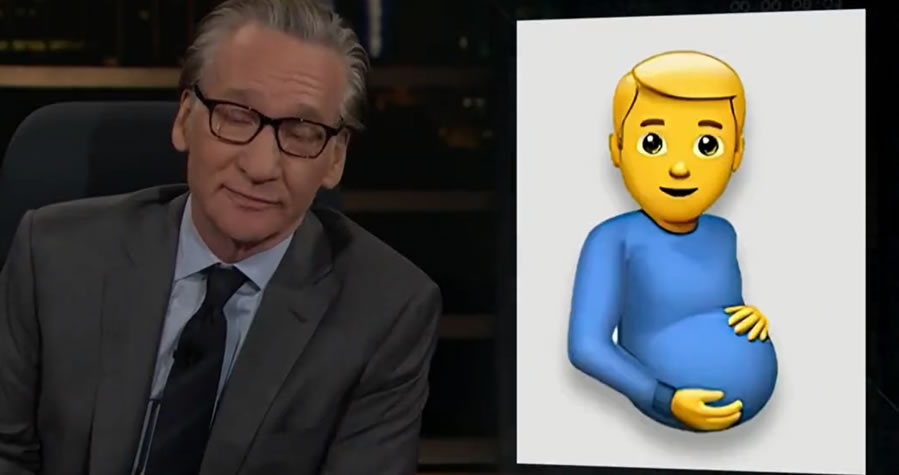 Comedian Bill Maher claimed Friday that he had become a “hero” on Fox News simply because he was willing to tell the truth about the left and “the small contingent who’ve gone mental.”

Maher noted that those on the far left of the Democratic Party — those who had, as he said, “gone mental” — were only part of the problem. The other part of the problem was the “large contingent who refuse to call them out for it.”

He made it crystal clear that he has not changed, saying “Some think this means I have changed. I assure you, I have not. I am still the same unmarried, childless, pot-smoking libertine I always was.”

“It’s not me who’s changed, it’s the left who is now made up of a small contingent who’ve gone mental. And a large contingent who refuse to call them out for it. But I will,” he proclaimed.

“That’s why I’m a hero at Fox these days. Which shows just how much liberals have their head up their a– because if they really thought about it, they would have made me a hero on their media. Yeah, but, but, but that can’t happen in this ridiculous new era of mind-numbing partisanship where if I keep it real about the nonsense in the Democratic Party, it makes me an instant hero to Republicans,” he remarked.

It’s not my fault that the party of FDR and JFK is turning into the party of LOL😂 and WTF🤦‍♂️. pic.twitter.com/gpdAY4vhEV

Maher went on to note that the same thing had happened, albeit in reverse, to Congresswoman Liz Cheney when she pushed back on former President Donald Trump’s claims about the 2020 election being stolen from him.

“The same thing happened in reverse to Darth Vader’s daughter, Liz Cheney, who is now a hero to liberals simply because she recognizes Biden did not steal the last election?” he added. “What a sad commentary on our politics. Where simply acknowledging reality is now seen as a profile in courage.”

“People sometimes say to me, You don’t, you didn’t, you didn’t used to make fun of the left as much. Yeah, because they didn’t give me so much to work with,” Maher concluded. “The oath of office I took was to comedy. And if you do goofy sh**, wherever you are in this spectrum, I’m going to make fun of you because that’s where the gold is.”

Maher joked, after listening to Fox News host — and former White House press secretary —Dana Perino raise his name as a possible candidate for president, “In the space of 20 years, Bush press secretaries have gone from telling me, I need to watch what I say to wondering if I should run for president.”