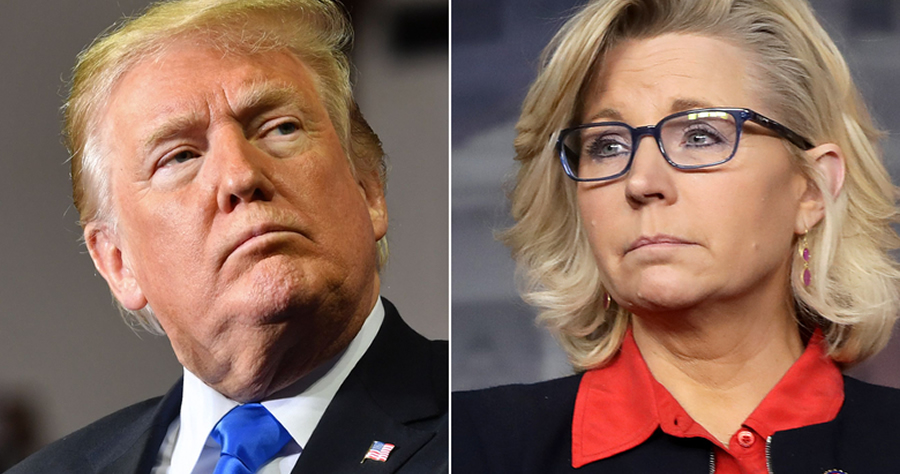 The New Yorker published an essay Thursday in which Eric Edelman — a “friend” of Cheney’s and a former national security adviser to former Vice President Dick Cheney, Liz Cheney’s father — said Liz Cheney “was the one who generated” a hit piece on Trump in the Post, written by “ten living former Defense Secretaries, including her father.”

“Edelman revealed that Cheney herself secretly orchestrated an unprecedented op-ed in the Washington Post by all ten living former Defense Secretaries, including her father, warning against Trump’s efforts to politicize the military,” The New Yorker wrote.

“The congresswoman not only recruited her father but personally asked others, including Trump’s first Defense Secretary, Jim Mattis, to participate,” the magazine continued.

Edelman is quoted as explaining, “She was the one who generated it, because she was so worried about what Trump might do. It speaks to the degree that she was concerned about the threat to our democracy that Trump represented.”

But the story gets more interesting. Cheney also wrote a memo with her husband and “circulated it on January 3 to the entire House Republican Conference.” The memo apparently stated Trump’s claims of election irregularities “set an exceptionally dangerous precedent”:

Little noticed at the time was another Cheney effort to combat Trump’s post-election lies, a twenty-one-page memo written by Cheney and her husband, Phil Perry, an attorney, and circulated on January 3rd to the entire House Republican Conference.

In it, Cheney debunked Trump’s false claims about election fraud and warned her colleagues that voting to overturn the election results, as Trump was insisting, would “set an exceptionally dangerous precedent.”

It is important to note Cheney’s sabotage of Trump occurred even before January 6 and far ahead of her vote to impeach Trump on his way out of office.

Cheney is now facing ejection as Chair of the GOP Conference due to House Minority Leader Kevin McCarthy’s (R-CA) concern over “her ability to carry out the job as conference chair” and “the [Republican] message.”

McCarthy’s comment steered Cheney to fortify herself in a Washington Post op-ed Wednesday afternoon by accusing McCarthy of having a “changed … story” on Republican caucus politics, claiming she is the true “conservative Republican.”

Liz Cheney is a warmongering fool who has no business in Republican Party Leadership. We want leaders who believe in the Make America Great Again movement, and prioritize the values of America First. Elise Stefanik is a far superior choice, and she has my COMPLETE and TOTAL endorsement for GOP Conference Chair. Elise is a tough and smart communicator!