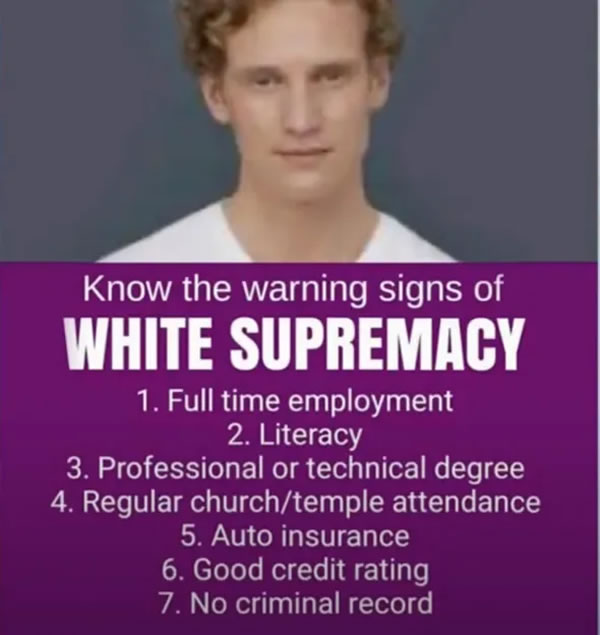 The Republican party of Winnebago County in Wisconsin was being lambasted over a meme that they said was supposed to be a joke mocking critical race theory.

The meme was posted to the local Republican party’s Facebook page in June. The meme had an image of a white male and read, “Know the warning signs of White Supremacy.”

Critics pounced on the meme and called it racist. Ben Winkler, the chair of the Wisconsin Democrat Party, told WISN-TV that the post was “explosive with outright racism.”