Lol: Democrats Failed Video Is The Best Campaign Material Ever For Republicans (WATCH) 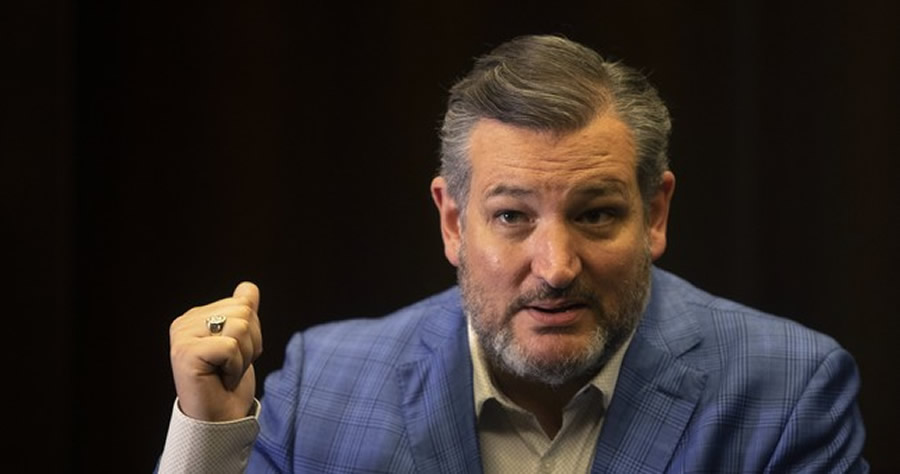 Democrats are so out of touch that they can’t even put together a simple compilation of images without torching themselves. Their latest effort at attacking Republicans turns out to be really helpful for conservative voters and utterly useless for their own base.

In a short clip posted to social media, one of the official party accounts – The Democrats – released a video titled “The 31 Republican senators who voted against aid for Ukraine.” It’s clear what they were trying to do, but the effort falls absolutely flat on its face.

Don’t believe me? Check this out:

The 31 Republican senators who voted against aid for Ukraine: pic.twitter.com/3FHbsDkKB3

First of all, I see what they’re getting at. It’s a really basic effort to shame as they scroll through the faces of so-called traitorous Senators. The Democrats have used the Russian invasion as a litmus test for American patriotism vis-a-vis the support of other countries’ democracies (even though they hate personal liberty and even though Zelensky is anything but a supporter of liberty there). And, of course, we have to assume that not blindly supporting Ukraine amounts to treason against the United States.

What else can we say? We’ve reached an absolute nadir in this country.

The problem with this video is that it doesn’t advance Democrats’ voting interests in the least. If anyone votes Democrat already, then nothing in here moves the needle. Idiot voters already hate the 31 names mentioned because they’ve been conditioned to equate them with Nazis. Except, there are real Nazis in Ukraine and now they support them…oh whatever. It’s all stupid.

And it’s hard to see how this video pushes fence sitters across. Is the Ukraine issue a decider for folks? They would never vote for Democrats on account of murdering babies, allowing millions of illegal aiens to flood the country, wanting to tax and spend like there’s no tomorrow, enforcing insane public health measures which resulted in the intentional murder hundreds of thousands of Covid patients, and genuinely hating this country – and suddenly an unnecessary, Western-provoked war is going to make thrm swtich teams?

Anything is possible, I guess. And like Albert Einstein said (I’m paraphrasing): The universe is only suspected to be infinite, but human stupidity absolutely is.

I admit I recoiled at the number 31 differently. Don’t we have 50 Republican Senators? Where are the other 19? And while I recognize some names on there that still have sold the liberty movement out in the not-so-distant past – names like Rubio, Burr, etc – and others still who are indistinguishable from Democrats – Romney, Toomey, etc. – at least something positive is going on right now. For crying out loud, the entire halls of Congress gave Zelensky a standing ovation.

Holding the line on this asinine Ukraine support provides some measure of optimism. When I see 31 Senators rejecting blind allegiance to the corrupt Zelensky in the corrupt country of Ukraine, I have a modicum of hope to wonder what would happen if we got in another 20 who actually liked this country.

Anyone that supports this stupid, expensive, and increasingly dangerous conflict in Eastern Europe needs to be ousted. Why does Ukraine get to be focused on its survival when our elected officials – who take an oath to defend us at home – don’t give two whits about our surviving or thriving? America First means America First.

This video should be used as a campaign: If Democrats and the Establishment hate what you’re doing, you are probably doing something good for this country and the people in it.