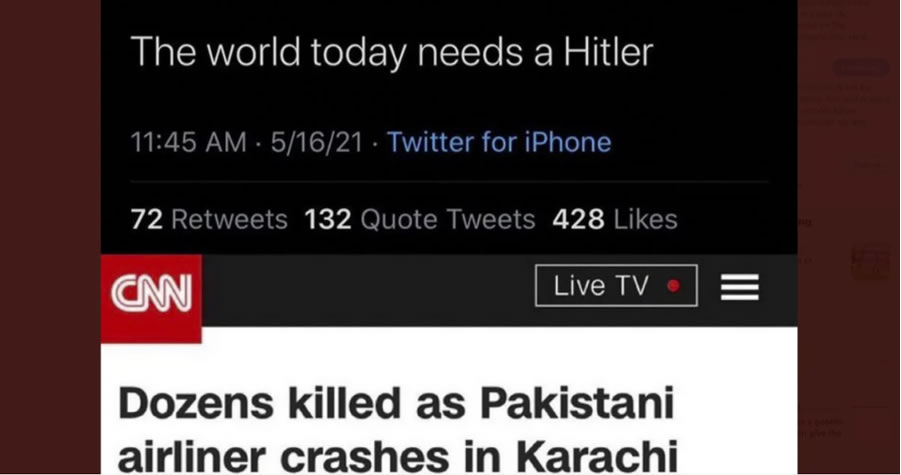 A longtime contributor to CNN found himself in hot water after tweeting, “The world today needs a Hitler.” The inflammatory tweet, which could be interpreted as a call for the extermination of the Jewish people, was posted to Twitter on Sunday amidst the rising tensions and violence between Israel and Hamas in the Middle East.

The CNN contributor quickly deleted the post, but it sparked social media users to comb through his Twitter profile. Adeel Raja, who has written dozens of articles for CNN, also appears to have a history of posting ant-Semitic messages on Twitter.

Donald Trump Jr. posted screenshots of the “Hitler” tweet as well as a CNN article that indicates Raja as a co-author, and his LinkedIn profile, where he describes himself as a “Freelance Contributor at CNN.”

“Hey @cnn this seems to be one of yours, but I imagine that surprises no one anymore,” Trump wrote.

Hey @cnn this seems to be one of yours, but I imagine that surprises no one anymore. https://t.co/b90yrLXNps pic.twitter.com/JMq89aURur