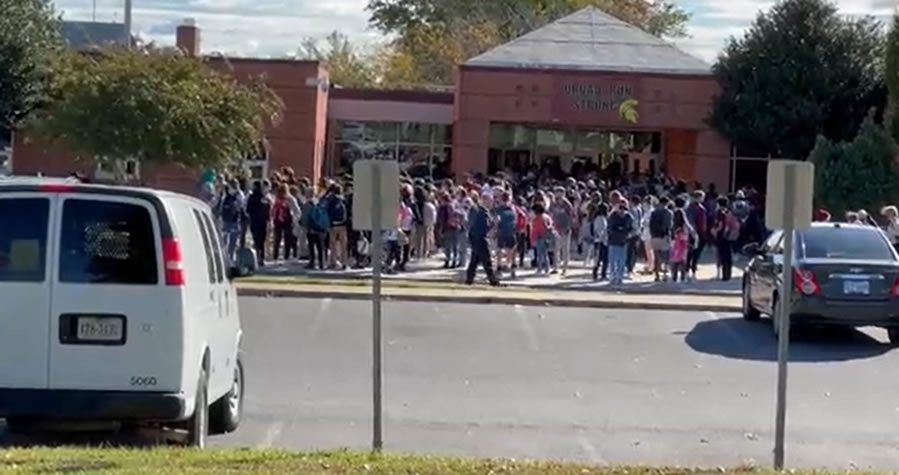 Students in Loudoun County, Virginia, walked out of school on Tuesday to protest how the public school system handled multiple recent sexual assaults accusations, in support of the accusers.

Despite the seriousness of the incident, the boy was transferred to Broad Run High School, another Loudoun County Public Schools (LCPS) school, where he allegedly committed another assault. He is charged with inappropriately touching a student there.

Scott Smith, the father of the girl in the first assault, said he plans to sue the school system over the incident. Smith was arrested at a Loudoun County school board meeting in June. During the chaos, his wife shouted, “My child was raped at school, and this is what happens!” Footage of that incident was splashed across news reports and social media, and Smith was charged with disorderly conduct and resisting arrest.

Loudoun County students staging a walkout from Broad Run High School in response to a sexual assault inside of Stone Bridge HS where the attacker was then moved to Broad Run and is charged with inappropriately touching another student. pic.twitter.com/IbkPXYN4do