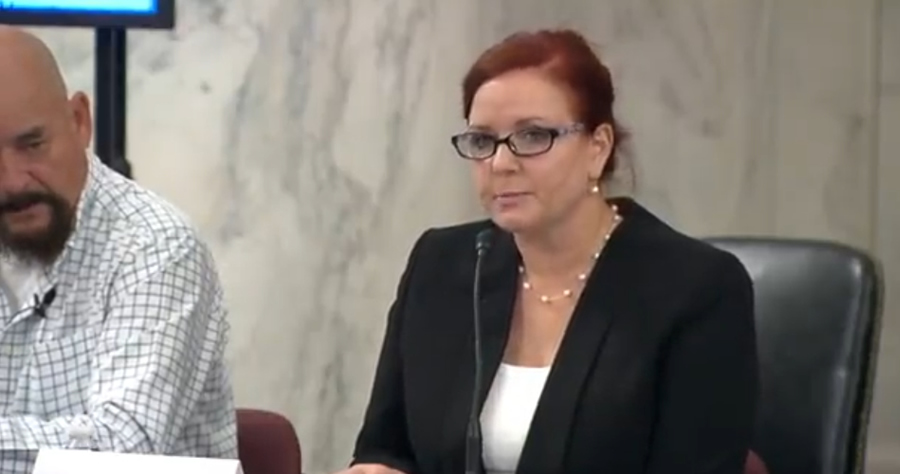 Physician and Army Lieutenant Colonel Theresa Long spoke today during a roundtable discussion organized by Senator Ron Johnson. She reported some very disturbing details of her experiences with patients who had recently been “vaccinated” for Covid-19.

“With respect to aviation safety, risk communication is critical,” she said. “I saw five patients in clinic, two of which presented with chest pain days to weeks after vaccination and were subsequently diagnosed with pericarditis and worked up to rule out myocarditis.”

The military’s push for universal vaccinations, which comes down from the Biden-Harris regime via the Pentagon, has been a contentious issue because the facts do not support the decision. The recovery rate for young and healthy people, which account for the vast majority of members of the military, is so astronomical it boggles the mind to think that this disease is being focused on so tenaciously.

For the elderly and immunocompromised, Covid-19 offers a greater risk, but our military is not comprised of very many who can be classified as vulnerable. Combine this with the fact that natural immunity has been proven to be far superior to the so-called “protections” offered by the vaccines and it’s easy to conclude the Covid injections are completely unnecessary for servicemembers.

Then, there are the adverse reactions, including death, that have been reported so far. The sheer number of reports is exponentially higher than reports for the last two decades of all other vaccines combined. These details make Lt. Col. Long’s story even more infuriating.

NOW – U.S. Army Brigade Surgeon says “in one morning I had to ground 3 out of 3 pilots due to vaccine injuries” at a panel discussion hosted by U.S. Sen. Ron Johnson.pic.twitter.com/jLlGwePPdQ