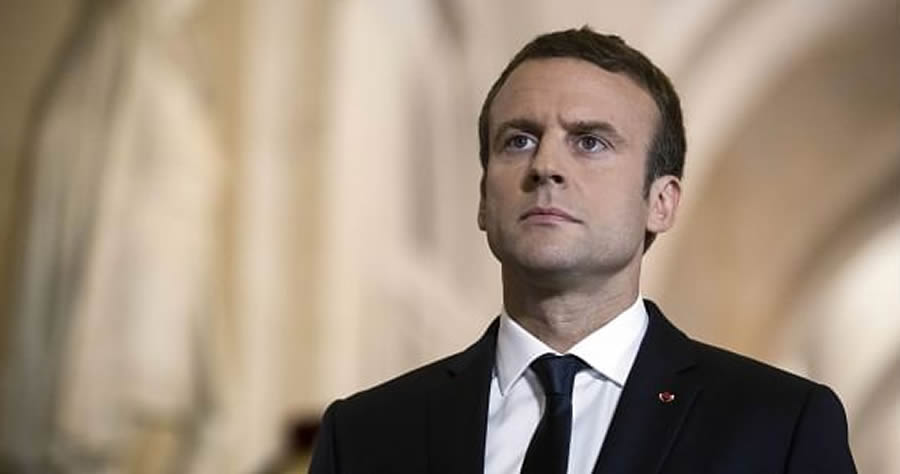 Emmanuel Macron was elected to a second term as French president on Sunday evening with 58.8% of the vote, according to an estimate from the Ipsos polling institute. His far-right challenger Marine Le Pen won 41.2% of the vote in an election that saw the country’s highest abstention rate in 50 years.

French President Emmanuel Macron celebrated his re-election Sunday by using his victory speech to acknowledge the country’s deep political divisions and the “anger” felt by his detractors.

With 98% of the vote counted, Macron appears to have won his race for a second term with 58% of the vote, beating far-right leader Marine Le Pen’s 42%. Macron, the youngest French leader since Napoleon, is the first French president to win a second term since Jacques Chirac in 2002. The 44-year-old centrist took a unifying tone while speaking to supporters from the Eiffel Tower in Paris Sunday evening, rejecting boo’s from the crowd at the mention of Le Pen and the far-right movement and instead saying, “I am the President for each and every one of you.”

“I know that many of our compatriots voted today for me, not in support of the ideas I defend, but to block those of the far-right,” Macron said in his address to the nation, acknowledging his lagging approval ratings. “I want to thank them, and I know that I have a duty towards them in the years to come.”

Macron then pledged to work toward reaching those constituents who supported Le Pen, saying, “I also know that many of our compatriots chose the far-right. The anger and the disagreements that led them to vote for that project must also find an answer.”

“We need to be respectful” toward that group of voters, Macron argued, “because we have had so many divisions and doubts.” As for those who abstained from voting, the French president said that, “Their silence means they refused to choose, and we need to take that into account.”

Le Pen conceded to her competitor just after 8 p.m. local time in France, ahead of the polling agencies calling the contest, saying the results were a “sparkling victory” after opponents deemed her party dead. “Long live the Republic and long live France,” Le Pen said in her concession speech.