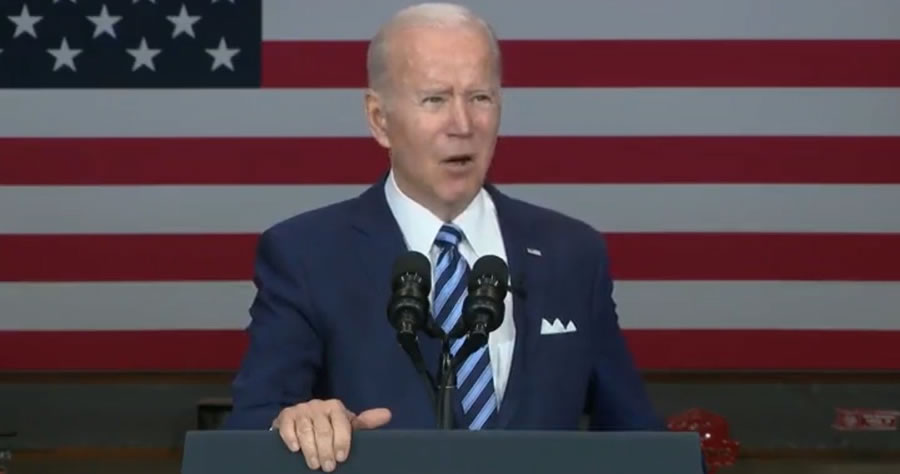 Once again the judiciary had to step in, putting a stop to another one of the Biden administration’s blatant violations of existing laws.

Texas has been the most active state fighting the Biden administration in the courts. So far they have stopped a 100-day deportation moratorium from being enforced last February, and recently won an order by a federal judge ordering the Biden administration to continue Trump’s “Remain in Mexico” policy, where asylum seekers are returned to Mexico to wait for their hearings.

On Friday, a Texas federal judge ordered President Joe Biden to stop the mass release of illegal migrant children crossing the southern border into the country.

Judge Mark Pittman’s order prevents Biden from exempting minor migrants from Title 42. Title 42 is an immigration policy implemented by former President Donald Trump that allows U.S. immigration officials to expel immediately migrants who come to the southern border. Title 42 was implemented in the wake of the coronavirus pandemic.

The policy which started in March 2020, has led to more than 1.6 million illegal aliens being expelled.

The reason for the legal action is Joe Biden has declined to deport unaccompanied minor children under Title 42. Instead, he arbitrarily moved the young illegal aliens out of Title 42. Then instead of deporting them, they were allowed to enter the country, where they were placed under the U.S. Department of Health and Human Services’ supervision. From there, they would be placed with sponsors in the United States, who are typically family members.

Here, the President has (arbitrarily) excepted COVID-19 positive unaccompanied alien children from Title 42 procedures—which were purposed with preventing the spread of COVID-19. As a result, border states such as Texas now uniquely bear the brunt of the ramifications. Yet, while policy decisions are beyond judicial review, those agency actions that are “arbitrary, capricious, . . . or otherwise not in accordance with law” will be set aside.

Huge win against Biden! Along w @America1stLegal & @IRLILaw, I sued the Admin for failing to use Title 42, contrib to massive wave of smuggling. Fed court just BLOCKED Biden from excepting alien minors from the Title 42 process. Win for Texas & children—loss for Biden & cartels!

America First Legal, led by former Trump adviser Stephen Miller, served as outside counsel for Texas as part of the lawsuit. Miller called the decision “a truly historic victory.”

In a statement, Miller said:

We are honored beyond words to have partnered with Attorney General Ken Paxton and the State of Texas in our landmark lawsuit against the Biden Administration’s egregious decision to except ALL illegal alien minors traveling without adults (UAC) from Title 42—and to have just obtained a preliminary injunction. Biden’s decision to except UAC from Title 42, and instead mass resettle them in the United States, has led to the largest wave of criminal child smuggling in human history–and the flood of illegal alien teens and minors has drained the resources of our schools, hospitals, and communities while creating a new unimpeded recruiting pipeline for MS-13. This preliminary injunction orders the Biden Administration to halt their order categorically excepting unaccompanied alien minors from Title 42 repatriation. This is a truly historic victory, but we have a long, long, long way to go to end the Administration’s crusade to eradicate our sovereignty.

It is nice to see the good guys, those who believe in law and order, win in the courts.

The obvious question is why does Texas have to keep suing the Biden administration in the first place? Aren’t we all supposed to be on the same team?

Our founders did their best to set up a governmental system to ensure it. The problem is a mixture of snowflake social justice/Marxists have worked their way up to the highest level of government and corporate America.

In light of the radical teachings they have digested from former city organizers like Saul Alinksy, this radical mob has been indoctrinated with the idea that whatever is necessary to complete your objective is moral, even if it is not legal, in the real world.

This is why the Biden administration can violate laws, write unconstitutional executive orders and abuse prosecutorial discretion. To them, they are lawlessly in pursuit of burning down traditional America and could care less about those in the way.