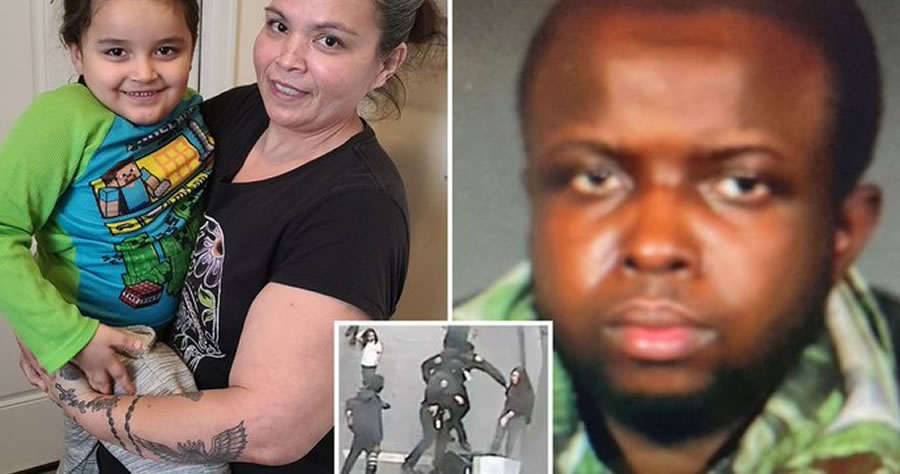 A mother took down a man who allegedly punched her 4-year-old son in the head in Times Square.

Rafaela Rivera and her two children were approached by Babacar Mbaye around 3:20 p.m. Thursday, police said. Rivera said they had just finished a photo shoot for her son, Angel Rivera, when she and her daughter Carmen noticed Mbaye walking really close to people.

“I heard a smack like somebody got hit in the head with a bottle. I turn around and the baby is screaming hollering and crying,” Rivera told WABC.

Police told the TV station crew that loud smack was from Mbaye swinging a closed fist at the boy, striking him in the head.

“I was grabbing toward him and said, ‘Hey, you just hit my son,” she said. “I grabbed him harder, and we both went down. He was on top of me, and I was not letting go.” Officers arrived as the mother was holding Mbaye down.

Mbaye had an arraignment Friday in Manhattan Criminal Court, where prosecutors said he admitted to drinking a whole bottle of sanitizer prior to the incident.

Defense attorney Thomas Kenniff argued his client was “under the influence of an intoxicated, debilitating psychiatric episode” and never intended to harm the child, Newsweek reports.

“Police charged Mbaye, 34, a repeat offender with 51 arrests, in the attack with assault, endangering the welfare of a child and resisting arrest, the New York Post reports.

New York City Department of Correction online records show Mbaye is expected in court Wednesday. His bail is set at $30,000.