Man Attacked and Accused of Being ‘White’ in ‘Multicultural Space’ 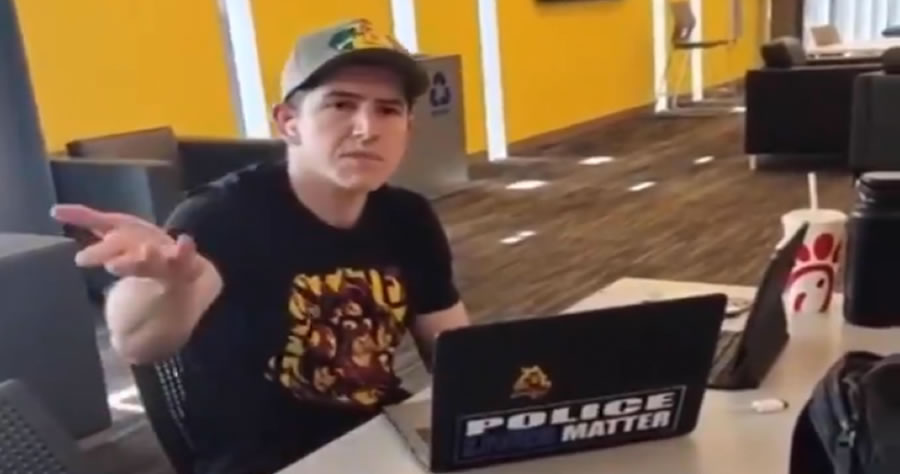 The absurdity that transpires daily on college campuses around the nation would shock most people, and the introduction of racial politics into nearly everything has only made things worse. Another perfect example of that happened recently at Arizona State University.

Per a now-viral video, a student was attacked and accused of being “white” in a “multicultural space.” At another point, he’s accused of “violence” for having a sticker on his laptop that offers support to the police.

“But you’re white.” Apparently being white means you’re not allowed in a “multicultural” space because white people have no culture.pic.twitter.com/bUJGOvYvjP

The reactionary offenders remained and continued to film and celebrate bullying their victims out of the multicultural center. pic.twitter.com/tGhc5chWDG