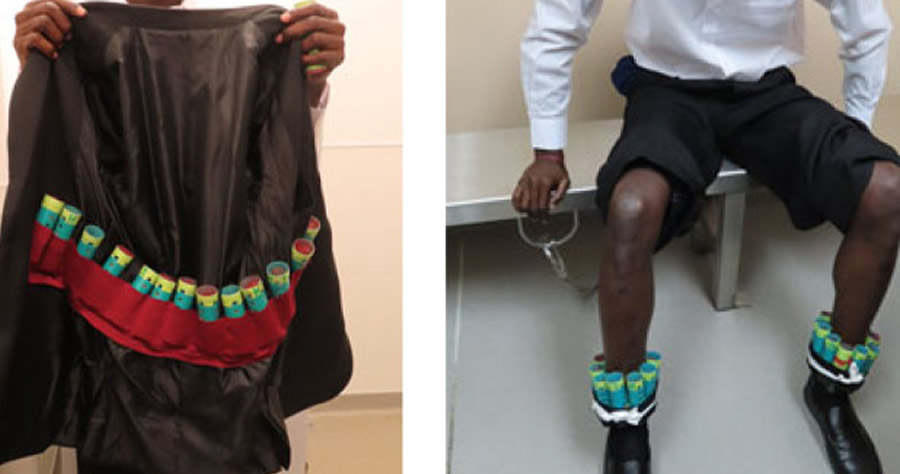 A man was caught at JFK Airport on Monday allegedly trying to smuggle in 35 live finches from Guyana — stuffed inside plastic hair curlers and concealed inside his clothes, authorities said.

Kevin Andre McKenzie is just the latest alleged would-be songbird smuggler busted using the hair-accessory method to bring in the coveted creatures, which are used in high-stakes singing contests popular in Brooklyn and Queens

After McKenzie deplaned from a JetBlue flight originating in Georgetown, Guyana, CBP agents found the small seed-eating birds inside the curlers, which were covered with a mesh cloth, and then concealed inside his jacket and pants, according to the criminal complaint filed in the Eastern District of New York.