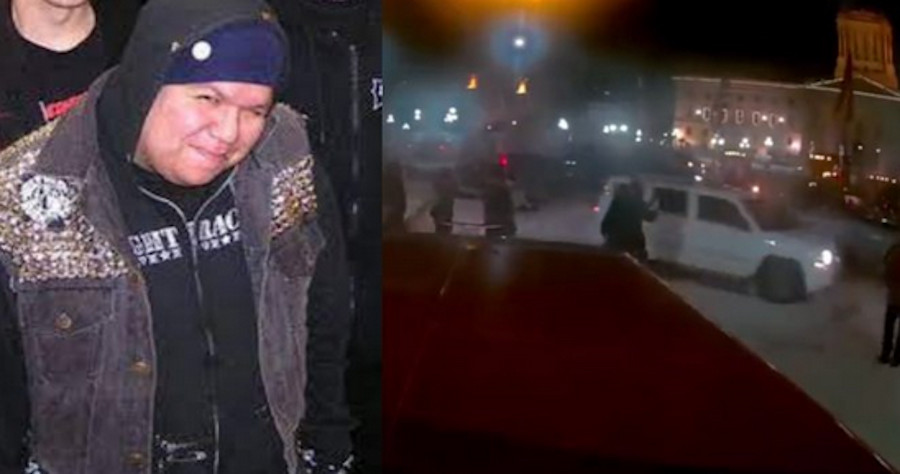 Several people were run down by a vehicle while participating in the Freedom Convoy 2022 in Winnipeg on Saturday, and the driver allegedly responsible for the attack has been identified as a radical far-left Antifa activist.

Four people taking part in the COVID vaccination protest were transported to the hospital after a white Jeep slammed into them.

The man alleged to be the driver of the vehicle, 42-year-old David Zegarac, was taken into custody an hour later after a brief struggle with police.

“With the assistance of the RCMP, WPS officers were able to stop the vehicle in the 4800 block of Portage Ave. at approximately 10:30 p.m. The lone male driver was arrested after a brief struggle.

“The Jeep struck four adult males. Three sustained minor injuries that did not require medical attention. The fourth was treated in (the) hospital and released.”

WINNIPEG, Manitoba – If being a radical, communist, socialist supporting groupie, Antifa terrorist was an Olympic sport – then Dave Zegarac would be taking home a medal. Unfortunately for Zegarac, theonly thing he will be taking home is a rap sheethttps://t.co/0CHr3NLlK2 pic.twitter.com/4Gq6jKL8rN

VILE: A freedom protester was mowed down by an SUV late last night. Suspect has been arrested. Trudeau vilified these peaceful protests, and now this happens. Shocking. pic.twitter.com/G08LWmExV6