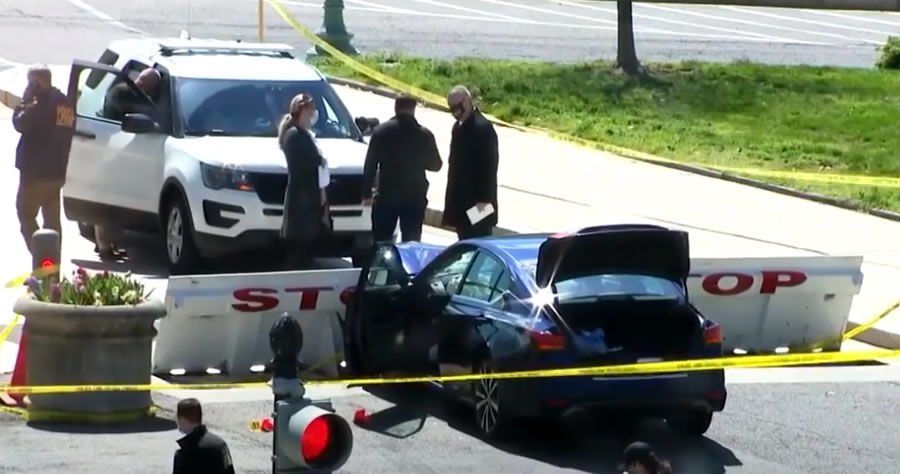 A Capitol Police officer was killed Friday after a man rammed a car into two officers at a barricade outside the U.S. Capitol and then emerged wielding a knife. It was the second line-of-duty death this year for a department still struggling to heal from the Jan. 6 insurrection.

Video shows the driver of the crashed car emerging with a knife in his hand and starting to run at the pair of officers, Capitol Police Acting Chief Yogananda Pittman told reporters. Authorities shot the suspect, who died at a hospital.

Two law enforcement officials told The Associated Press that the suspect stabbed one of the officers. The officials spoke to AP were not authorized to publicly discuss the pending investigation and spoke on condition of anonymity.