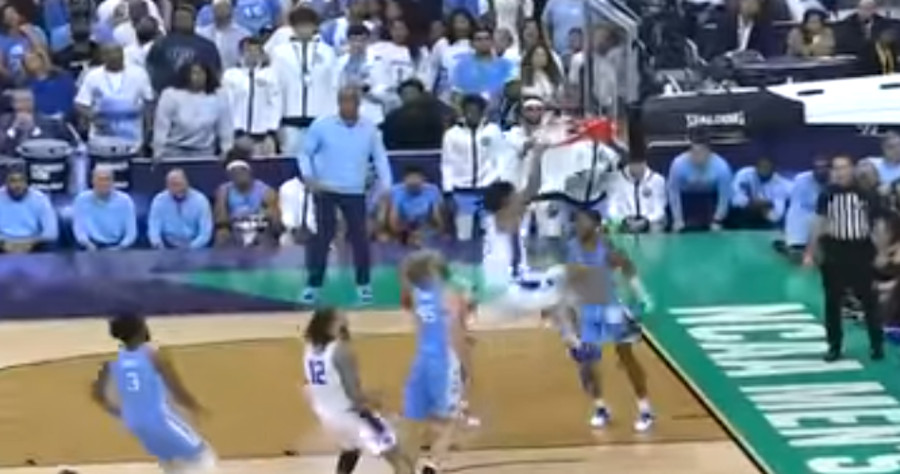 Sophomore guard Caleb Love scored a game-high 27 points, including a dagger 3-pointer with 28 seconds remaining, in the Tar Heels’ win at the Caesars Superdome.

“This has been a group of perseverance, toughness and resiliency,” Tar Heels coach Hubert Davis told TBS in a postgame interview.

“This group is so together. I’m just so proud of them.”
The Blue Devils used their size early on to dominate inside, outscoring the Tar Heels 26-14 in the paint in the first half. They also outscored the Tar Heels 14-0 in first-half bench points for a 37-34 edge at halftime.

The lead shifted hands several more times down the stretch, but Davis sank two free throws for a 75-74 Tar Heels lead with 1:01 remaining and his team never trailed again.

“I wanted it bad, playing Duke with a chance to get to the National Championship,” Love said. “I’m blessed and glad to be with my teammates.”