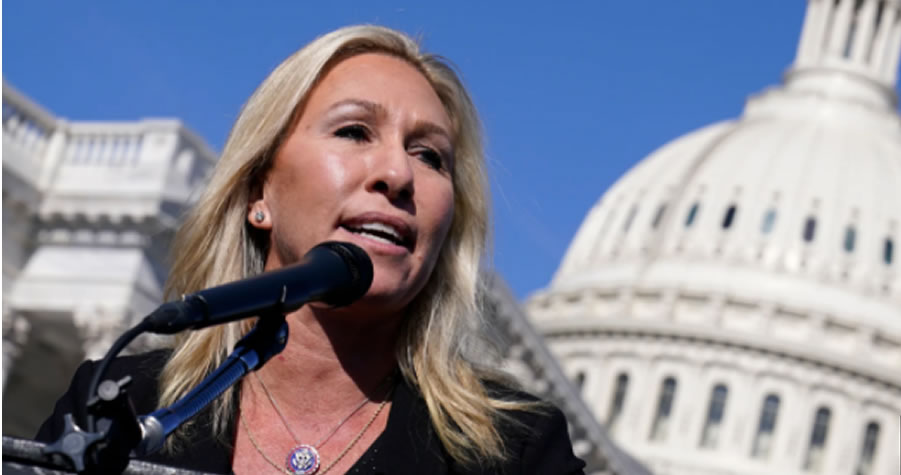 Rep. Marjorie Taylor Greene said late Wednesday that she had reported Jimmy Kimmel to Capitol Police after the late-night host joked on air that Will Smith should slap her.

Greene (R-Ga.) tweeted that Kimmel’s wisecrack — which referenced Smith slapping Chris Rock at the Oscars — amounted to a “threat of violence.”

“ABC, this threat of violence against me by @jimmykimmel has been filed with the @CapitolPolice,” she tweeted.

In response to Greene’s outrage and subsequent police report, Kimmel fired back on Twitter Wednesday night, writing: “Officer? I would like to report a joke.”

Kimmel made the quip about Greene on Tuesday night’s “Jimmy Kimmel Live!” after she tweeted that GOP Sens. Lisa Murkowski, Susan Collins and Mitt Romney were “pro-pedophile” for saying they would vote to confirm Judge Ketanji Brown Jackson to the Supreme Court.

Greene’s comment referenced claims by other Republicans that Jackson had previously let sex offenders off the hook with lenient sentences.

.@ABC, this threat of violence against me by @jimmykimmel has been filed with the @CapitolPolice. pic.twitter.com/nxYX1LF2jK