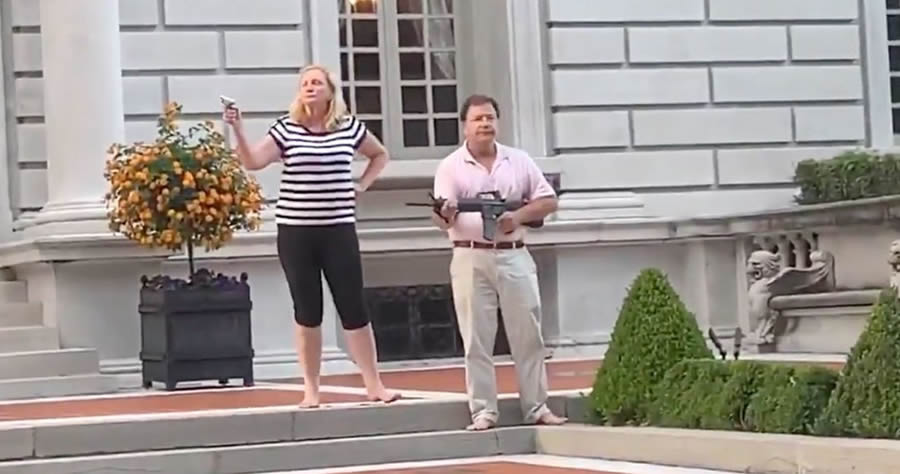 Mark McCloskey, who received national attention during the Black Lives Matter protests as one member of the “St. Louis gun couple,” announced Tuesday on Tucker Carlson that he is running for Senate in Missouri.

McCloskey, who is a lawyer, is running to fill the seat of retiring Republican Missouri Senator Roy Blunt. He first floated a Senate bid in April when he told Politico that running for Senate was “a consideration.”

“God came knocking on my door last summer disguised as an angry mob, and it woke me up,” McCloskey told Carlson. “People don’t want any more posers going to D.C. All we hear is talk. Nothing ever changes. It seemed to me that people have to stand up.”

‘As we continue to do rallies and events supporting our constitutional rights, what I’ve learned is that the people out there in this country are just sick and tired of cancel culture and the poison of critical race theory and the big lie of systemic racism – all backed up by the threat of mob violence,’ McCloskey said.

‘People are just sick of it, they don’t want any more posers and egotistic and career politicians going to D.C. All we here is talk and nothing ever changes.’

McCloskey added that people have to’ stand up’ and ‘say we are not sheep, we are a free people.’

‘If we don’t stand up now and take this country back, it’s going away. We used to talk about the erosion of our civil liberties,’ he said.

‘Since [the Biden] administration took over there has been the wholesale slaughter of our civil liberties and institution of what can’t be called anything but socialism.’